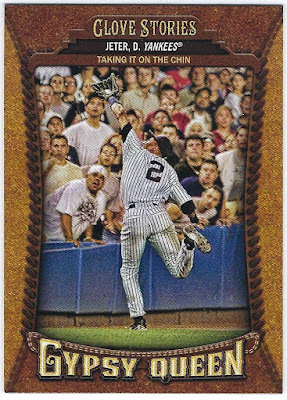 Today marks my 2-year blogging anniversary, a milestone that I've grown to celebrate alongside National Baseball Card Day and my recap posts from The National.

NBCD and my blogging milestones have always gone hand-in-hand. My first ever blog post consisted of my packs from the 2017 event, and I celebrated 1-year with 2018 NBCD packs.

This time, I'm celebrating 2 full years of blogging, something I didn't think I'd ever reach. Before August 12th, 2017, I considered starting a Baseball card blog for a while, but I was apprehensive about it.

I feared that I would be getting into the Baseball card blogging scene too late or that I wouldn't have enough content to post. There was always some reason lingering in my mind, but National Baseball Card Day in 2017 was my best chance to get things started.

Now, 2 years and almost 600 posts later, I couldn't be happier with my decision.

So far, 2019 hasn't been easy on my blogging schedule. I've missed far more posting days this year than I did in 2018, and I expect that to resume once the Fall rolls around.

I'm still going to make time for blogging to the best of my ability. I just expect that my posting schedule will have to change. Last year, I averaged 25 posts per month. In the future, I expect that number to be around 21 or 22.

Although I've had to change my posting schedule throughout the year, I'm still finding as much joy in blogging now as I did back in August of 2017.

To commemorate my 2-year blogging anniversary, I found cards of guys who wore #2 across their careers. I also tried to find cards that displayed the #2 on the back of the player's jersey. 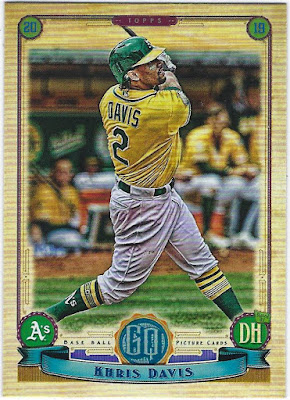 More so than #2, the number 247 is incredibly significant to Oakland Athletics' slugger Khris Davis. From 2015-2018, the power hitter hit .247 each season, but his disappointing 2019 performance has caused his career average to drop down to .246.

Topps took major steps to improve Gypsy Queen in 2019 following a couple of lackluster sets. This year's design, in particular, is stunning, and it pairs exceptionally well with the golden A's uniform. 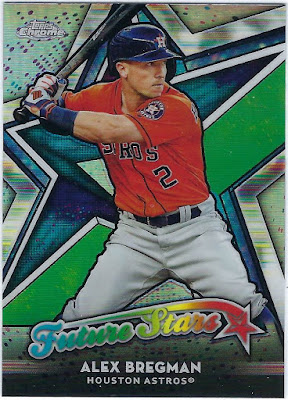 Along with Davis, I didn't know that Astros 3rd baseman wears #2 until I began doing research for this post. Bregman's worn #2 since his major league debut back in 2016, but the only card I could find that clearly shows his jersey number is his Future Stars insert from 2018 Topps Chrome.

In the midst of another fantastic season with the Astros, Bregman is just 3 homers away from matching his 2018 total. Along with several other young players, I intend to start collecting cards of the 2-time All-Star now that I'm back from The National. 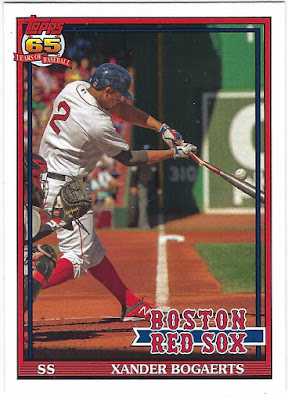 It's been 3 years since the 2016 Topps Archives set was released, and I still can't get over how sensational Xander Bogaerts' card is. I've yet to see any other Baseball card, no matter the set, match this unusual angle.

Bogaerts has worn #2 since Jacoby Ellsbury left for the Yankees following the 2013 season. If he continues to perform at the level he's been at throughout the 2019 season, he may very well be the last Red Sox player to wear this number. 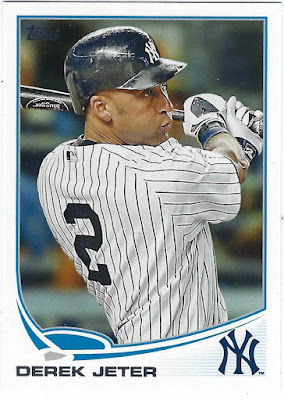 Referred to as the #1 #2, Derek Jeter's the most well-known player to wear #2 in MLB history. Love him or hate him, Jeter established himself as one of the most iconic players to ever down the Yankee pinstripes, and that's not easy given their rich history.

I found a couple Jeter cards that clearly display his retired #2, but the best option to display on the blog was definitely his 2013 Topps card. Consisting of just 3 colors (blue, black, and white), it's as simple as modern cards get, and I love it. 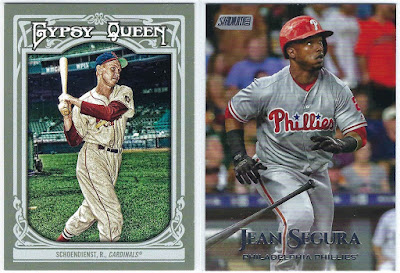 Though I couldn't find cards with the players' jersey numbers on display, both Red Schoendienst and Jean Segura wore #2 at some point in their career.

For Red, he had his number retired after wearing it for nearly 2 decades as a player and manager for the St. Louis Cardinals.

Segura, on the other hand, has worn #2 since being traded to the Arizona Diamondbacks. Even upon arriving in new cities (Seattle and Philadelphia), he was able to continue wearing that number.

To anyone that's taken time from their busy day to read posts on this little Baseball card blog, I appreciate you. Having this blog has allowed me to connect with many other collectors from all over the country and even Canada.

Whether it's trading, blog bat around posts, or a simple comment, this blog has connected me in more ways than I could've ever expected, and it's certainly expanded my interest in the hobby.

The last 2 years have been incredible, and I owe it all to each and every one of you.

Thank you for taking the time to check out my blog. I'm excited to see what the next 2 years will bring.
Posted by Henry Blanchette at 7:52 PM