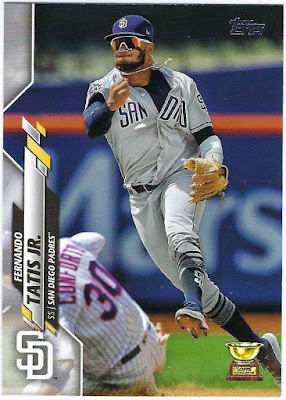 There appears to be a general consensus that 2020 Topps Series 1, as a whole, offers a lot more substance and variety than previous Flagship releases, and I must say that I definitely agree with that.

From the packs that I've opened, there's been something new/interesting each time, and while the coalition remains a problem, the release, in general, is a step-up from what we've seen in the past.

That said, I've finally put together a post regarding Series 1 that goes beyond a general overview of the set design, checklist, and a couple insert cards. Now that I've opened my 3rd and likely final blaster box of the product, I felt it was the perfect time to go much more in-depth.

Because Series 1 is a base-heavy set with, I believe, the largest checklist out of any Topps release (you get 99 cards per blaster), I had to find a way to condense nearly 300 cards into 1 post in which I highlighted my best pulls as well as my overall thoughts on the entire set.

I also realized that I haven't gotten into detail surrounding my thoughts on the set design, so I figured that I'd address that first, even if I'm a little late to the party, all things considered. 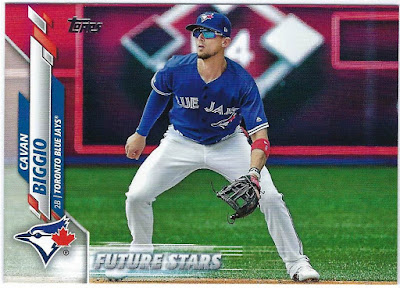 I wasn't too crazy about the set design when it was first debuted by Topps in late July of 2019, and while my feelings haven't changed too much, I will say that it looks better than I originally expected.

Personally, the sideways text for the player/team name and position doesn't bug me all that much. It's just that the design, like 2018, doesn't have a whole lot to it. Love or hate 2019 Topps Flagship, it had a lot more character/identity than what we're seeing now.

Plus, as I'm sure many of you have seen, the design does not do parallels justice, though the odds for something as a gold parallel (#/2020) have become so tough that I didn't end up with that many of them. 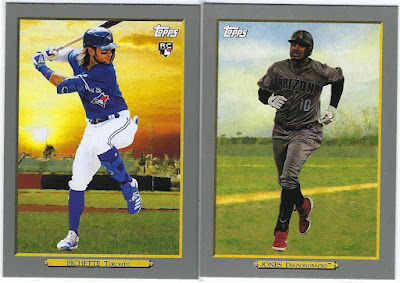 With production rates increasing every year, Topps wisely chose to bring back the Turkey Red cards as a retail-exclusive insert with cards falling at 1 per pack. The 100-card set proves that Topps doesn't really plan to shy away from unnecessarily large insert checklists, but at least the cards look absolutely beautiful.

I can imagine that it would be hard not to get repetitive with an insert set like Turkey Red, but from what I saw from my 3 blaster boxes, Topps did a very nice job featuring different backgrounds, uniforms, and poses.

I chose to feature Bo Bichette and Adam Jones as exemplars of how, even though they fall under the same insert, these 2 cards really are quite different. 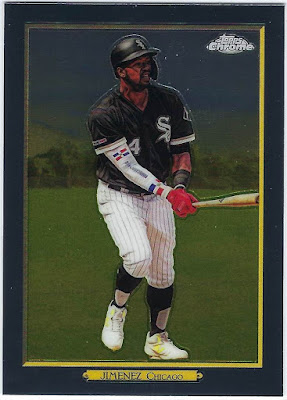 There are also chrome parallels of the Turkey Red cards, including serial numbered refractors and base versions, like the Eloy Jimenez car shown above.

I don't even collect Eloy, but I definitely consider this card one of the highlights from my Series 1 break. The chrome cardstock does a phenomenal job of drawing attention towards the picture of Jimenez as well as his bat.

Not to mention, the concept itself was a fabulous way of adding even more variety to this release. 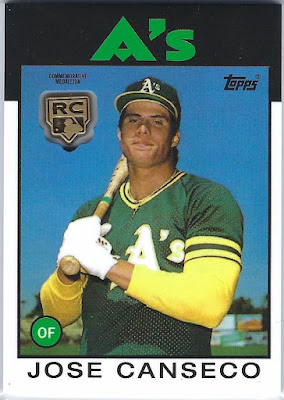 For several years now, Topps has featured some sort of manufactured relic card as a blaster-box exclusive, and while I've never taken a strong liking to any of their concepts, I must admit that they did a fabulous job this time around.

The commemorative rookie card medallions recreate iconic rookie cards with a small, gold RC logo embedded into the card. Featuring both current and retired players, the concept isn't something foreign for Topps, but the way that they executed it is unique. 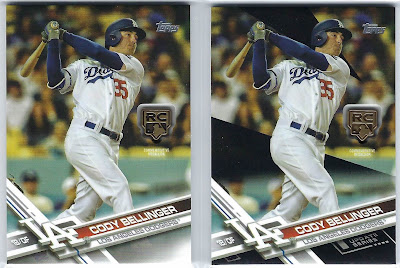 The first blaster featured Jose Canseco while the next 2 had Cody Bellinger rookie card medallions. While doubling up on 1 player isn't exactly ideal, I was pleased to see that the 2nd Bellinger card was a black parallel, numbered out of 199 copies on the back.

I know some people probably wouldn't be too thrilled that these RC manufactured relics have parallels, but the way I see it is that Topps is adding yet another interesting element to their set.

There's still a little more rookie card-related stuff, as well as 2 specific cards that I want to get to, so I've decided to save those cards for tomorrow's post.

That way, I won't cram too much into 1 post, and I'll still finish my 2020 Series 1 recap this weekend.
Posted by Henry Blanchette at 2:17 PM