The Start of Something New 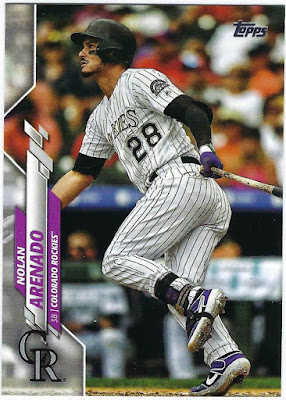 Before I get to anything else in this post, let me just say that no, I still haven't recovered and accepted the idea that the Red Sox traded Mookie Betts, and I'm praying that the rumors about the deal not falling through are true. I could turn that into a post of its own, but instead, I've opted to explore 2020 Topps Series 1.

I, as I do every year, got my hands on some Topps Series 1 around its release date, 2 blasters to be exact, and just like I've done for 3 years now, I'll be overviewing the 1st pack in its entirety to get a feel for what the product is like.

Each year, I have a little dilemma when it comes to Series 1. Obviously, I want to get my hands on some packs because its the first release of the year, but I know that it's only a matter of months before products that I, personally, find more interesting will hit the store shelves.

Thus, it's up to Topps to make the set appealing enough for me to buy more than just a couple of sample packs, and I felt like they did just that in 2020 Series 1.

That's because other than the '85 Topps reprints, there's no outrageously large insert set like Salute and 150 Years of previous Series 1 sets.

It's true that, no matter what you collect or what your budget is, Series 1 has something special to offer, and no matter how I feel about the design, it's always fun to sample a few packs and celebrate Topps 1st release of the year and, in this case, the decade.

Ok, 2020 Archives Signature Series did come out a week or 2 ago, but let's be real, Series 1 is far more popular and accessible and should be regarded as the first true release of 2020.

This year, blaster boxes come with 7 packs with 14 cards each, and I saved the first one exactly how I opened it for today's post. Without any further adieu, here's my first look at 2020 Topps Series 1, my first card purchase of 2020. 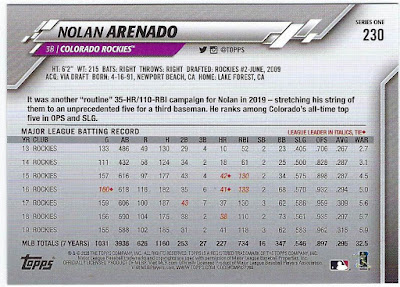 As you saw from the top of the post, Nolan Arenado was my first pull of 2020, and one quick look at his stats will tell you that this isn't a bad way to start the decade off.

Immediately when I saw the card backs, they reminded me of last year's National Baseball Card Day backs. I don't necessarily think a grey background with black text was the best choice in terms of legibility of the stats, though I will admit that they look clearer in-person. 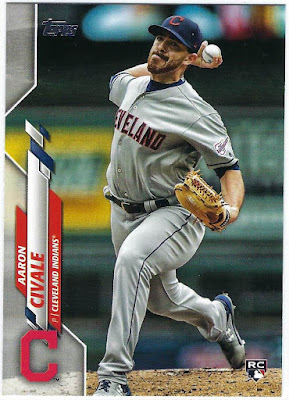 In the past, especially when it comes to Topps Series 1, I've kept track of how many rookie cards I pull and calculated the percentage of total cards pulled are rookies. I don't know if I'll do this with my Series 1 blasters, but it's just interesting that 2 cards in, we already have one to show. 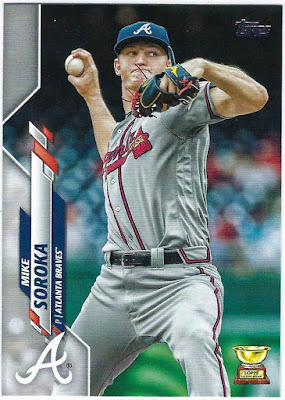 I don't remember the exact details, but around a year ago, I had a Mike Soroka green parallel rookie auto from Topps Gallery listed on my eBay page, and someone offered around $25 for it. I declined, and upon hearing he was a top 100 prospect, pulled the card off eBay all together to keep for my collection.

1 year later, he's coming off a season with a 2.68 ERA in which he was an NL All-Star and the runner-up to Pete Alonso for Rookie of the Year. 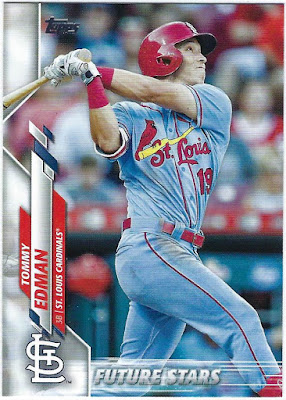 Admittedly, I miss the rainbow text used on the Future Stars cards that Topps used back in 2019, though Tommy Edman's throwback Cardinals uniform provides more than enough color that, in this instance, the rainbow "Future Stars" isn't completely necessary. 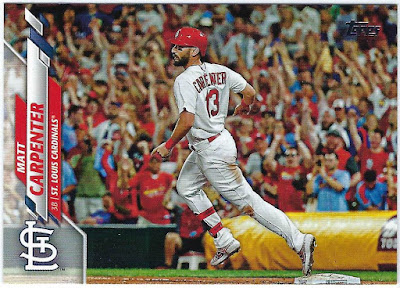 At first, I thought this card, as well as the Zack Collins rookie, was an image variation of sorts, but upon checking the code on the back, I realized it was just a base card with exceptional photography. Kudos to Topps for including some interesting shots here and there. 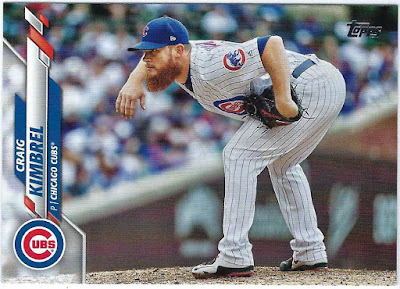 I'd already landed 2 cards for my player collections (Arenado and Verlander), but landing this Craig Kimbrel card in my first pack of 2020 indicates to me that this could be a very good year, knock on wood, for card collecting.

Plus, the photograph is a classic choice for a Kimbrel card: his windup process that I've seen many a time on cards as well as in-person at Fenway Park. Needless to say, I miss when he was in Boston. 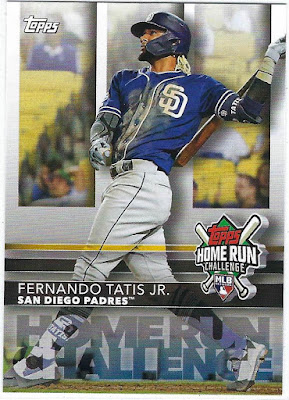 First Craig Kimbrel, now Fernando Tatis Jr: my first pack of Series 1 has delivered a card for each of the players whom I "super collect."

Although I've been inclined to sell my Home Run Challenge cards in the past, I think I'll press my luck with Tatis Jr to get an exclusive parallel if I guess a game that he'll hit a dinger correctly. 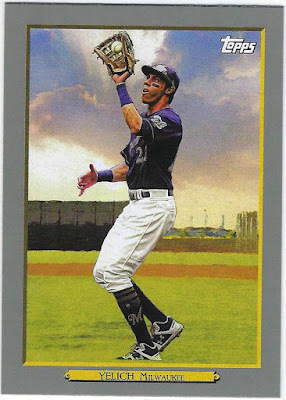 If you would've asked me to come up with an insert set for Series 1, Turkey Red reproductions likely would've never crossed my mind, but now that they're here, I couldn't be more pleased to see them.

It's a creative idea for sure, and I'm glad that Topps went with something like this instead of another set like 150 Years of Baseball which, as cool as it was, wasn't executed very well.

I got my hands on 2 blasters of Series 1, one of which I've already opened, so I'll definitely get to sharing the results over the weekend. Who knows, I might even be so inspired by the product's variety to purchase a little more. We'll have to wait and see.
Posted by Henry Blanchette at 7:15 PM