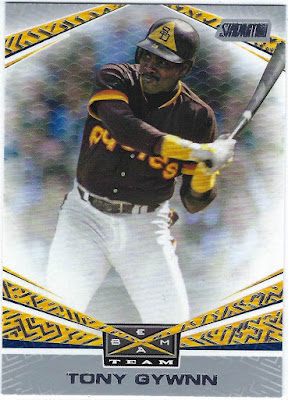 I realize that I've yet to share my highlights from the 2 blaster boxes of 2020 Topps Series 1 that I ripped last week aside from overviewing my first pack of the year.

Rest assured, I'll get to Series 1 as soon as I can, but I purchased my 3rd and likely final blaster box at the card show on Sunday, so I'm currently debating how I want to go about recapping the cards that I pulled.

Speaking of Sunday's show, I decided to attend for a variety of reasons, the first being to talk to dealers and other attendees about the Mookie Betts trade which, as of yesterday, was revised and completed.

I also wanted to check out what 2020 Topps Series 1 is like at a much larger scale which I was able to do by looking at all the different inserts and hits, though the vendor had already sold a reasonable number of his cards.

Lastly, as long as I was there, I figured that I'd pick up a few singles, some of which are from Series 1, others are not. This type of card show recap post lines up with how I've been collecting over the past few months: retail/some hobby boxes along with smaller purchases at the card show. 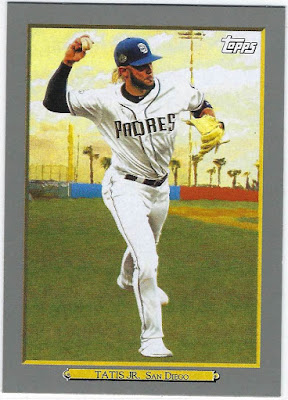 One of the most exciting things about the new card collecting season is that the big-name rookies from last year's products, most notably, for me anyway, being Fernando Tatis Jr, are now veterans, meaning their cards are less expensive.

Some dealers are still charging more for these guys' cards because of their All-Star rookie status, but that'll only continue on for so much longer. As soon as the new rookie class begins playing come March and April, the price point for Tatis Jr and other 2nd-year players' cards will be even fairer. 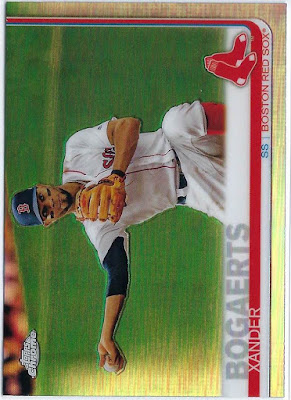 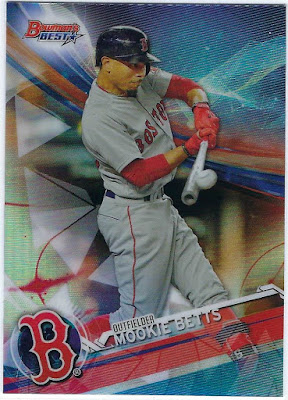 Finding cards for my Boston Red Sox PCs, particularly those of active players, has become a routine part of virtually all of my trips to the baseball card show, and last Sunday's was no exception.

Even though I only picked out 2 cards, I believe it's crucial to continue adding cards, especially inserts and parallels, to the player collections of guys like Betts, Bogaerts, Devers, and Benintendi.

Both of the cards above are non-numbered base refractors, one from '19 Chrome and the other from '17 Best. Despite the heart-shattering trade that sent Mookie and Price to LA, I'll never stop buying Betts' cards, even if he doesn't come back to Boston this offseason. 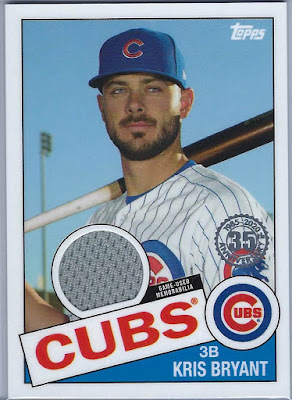 From all the box breaks and recap posts from 2020 Series 1 that I've seen on YouTube and Twitter, the 1985 relics stood out to me as affordable yet, at the same time, spectacular cards. The dealer at the show had 2 of them left from his hobby case, one Kris Bryant base and a Manny Machado #/199.

The cards were the same price, but clearly, Bryant was the obvious choice for me. Even though I haven't had a problem or much to do with Machado since he left for San Diego, Bryant's still a member of the Chicago Cubs, my 2nd favorite team, though his future with the organization remains unclear. 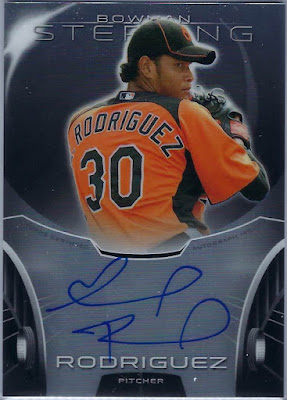 The reason why I didn't grab both of the '85 Topps relics is that, for the same amount of money, I went for this Eduardo Rodriguez on-card autograph from 2013 Bowman Sterling instead.

While injuries plagued Chris Sale, David Price, and Nathan Eovaldi throughout the 2019 season, E-Rod emerged as the ace of the Boston staff. The 26-year old finished 6th in the AL Cy Young Award voting with an ERA of 3.81 and 213 strikeouts.

So now, I have 3 blasters of 2020 Topps Series 1, all of which treated me well, to recap. I'll likely turn them into a 2-parter during which I overview my thoughts on the set and, of course, get to my top pulls.

After that, it's only a couple of weeks before Heritage is released, then Gypsy Queen, and before we know it, it'll be opening day for all 30 teams, and the Red Sox will take the field without Mookie Betts.

I don't know if I'm going to be okay when that happens.
Posted by Henry Blanchette at 4:15 PM