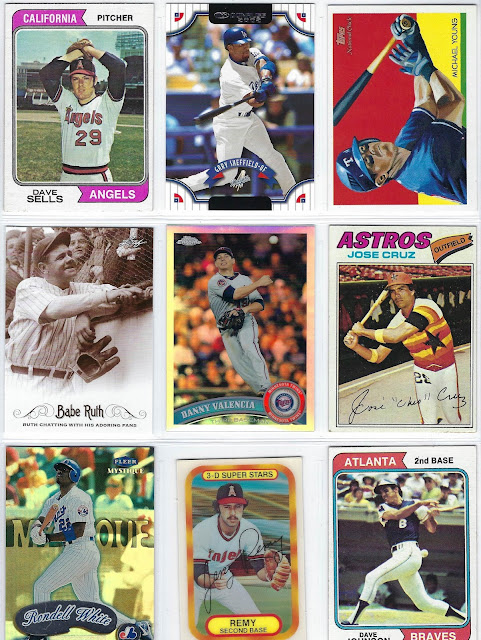 After announcing my 200th post giveaway a week ago, it's finally time for me to announce the winner who will receive a stack of 50 cards that includes some vintage as well as a relic or autograph from the favorite team of the person who is last on the list, just to spread the wealth a bit.

However, before I announce the winner of the contest, I thought I'd show my 5th frankenset page before officially randomly selecting the winner at 6:00 PM ET.

I've been posting about 1 frankenset page a week and I have to say, I've really enjoyed these posts quite a bit. I've mentioned this before, but I created this set around a year ago by choosing some of my favorite cards of players I don't collect to make the set. At the time, I paid a lot of attention to the cards, but I haven't looked at this set in a while. Therefore, I don't remember every single card I chose which makes looking through the pages and posting them all the more exciting.

Now, before I announce the giveaway winner, here's my 5th frankenset page. 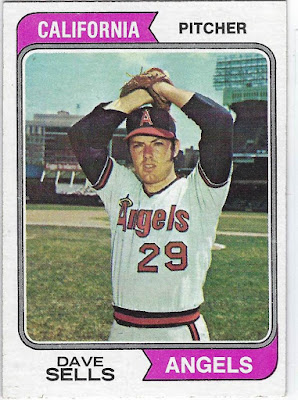 Some 1970's uniforms (Angels and Cubs, just to name a few) had the players' number on the front of the jersey for a couple years or so. I personally really liked these quite a lot and wouldn't mind seeing them on jerseys today given how repetitive they can be, especially the road jerseys with just a simple city name on them. Just think how much more interesting they'd be if they looked like this. 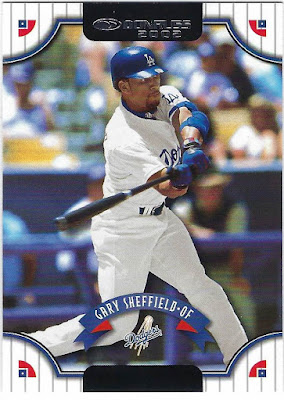 This is a relatively intricate design considering it's just a simple Donruss base set and nothing more. I could do without 4 blue and red baseball diamonds, one in each corner. But I do like the faint grey pinstripes that serve as the card's border. 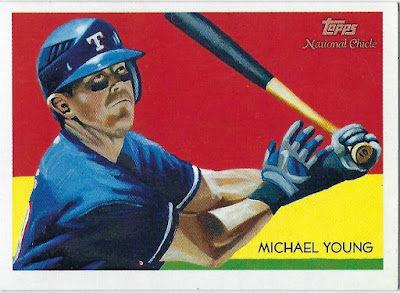 If I could pick any discontinued Topps set to be revived, it would be 2010 Topps National Chicle. It was like a more interesting version of Topps Gallery with far more interesting backgrounds and well-chosen colors for every card. 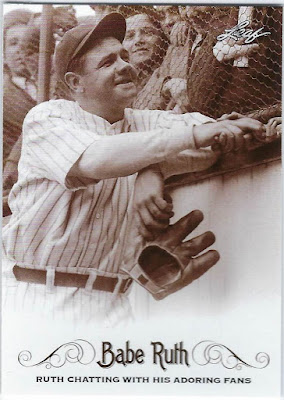 I included a Babe Ruth collection card on one of the earlier pages as well. This card shows Ruth chatting with fans before the game and maybe even signing a priceless autograph to change some young fan's life. That is if they hung on to it for a while. 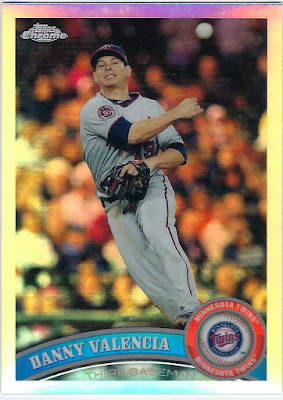 Since I can never seem to stop pulling his cards, I've decided to let my frankensets become a safe-haven for all Danny Valencia cards. Even though it seems he's been around for far, far too long, he will no longer be an outcast. Especially if the cards of him are as shiny as this one. You gotta just love refractors, am I right? 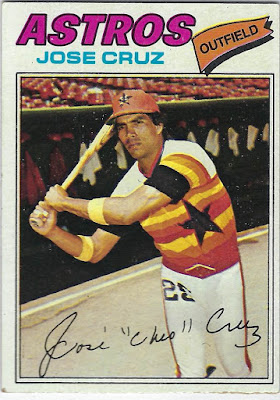 My favorite uniforms in all of baseball history were shown on the backs of multiple Astros players in the 1977 Topps set. This included Jose Cruz, who could possibly win the award for one of the best Astros cards ever made. Awesome batting stance? Check. Best uniform ever? Check. Dugout in the background? Check. Pink team name color? Check. What else does one need? 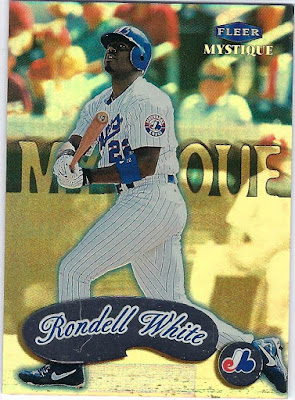 I'm pretty sure this is the gold parallel, though it's hard to tell given the pictures of this card on COMC. Anyway, I think from now on, one card per page should be of an Expos player. Not just to keep the team as alive as possible, but because Expos cards are freaking awesome. 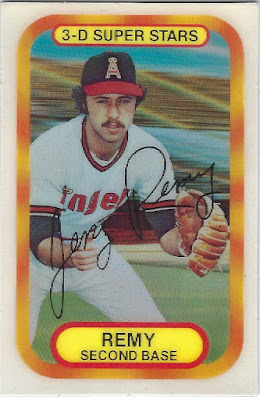 Long before he was a slightly irritating color commentator for the Boston Red Sox TV station, NESN, Jerry Remy was a star second baseman for the Angels and eventually with the Red Sox as well. He may not be my favorite guy in the world, but an opportunity to put 3D cards in the frankenset will be taken advantage of. 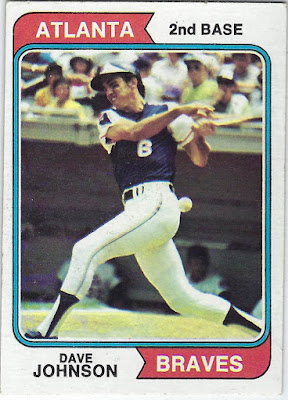 Look at me! 4 1970's cards on one page and I'm breaking free from my 2010's baseball card overhaul (not really, but I'm trying). We end with Dave Johnson whose 1974 season was his 2nd and final with the Atlanta Braves.

And now, the moment (most) of you have been waiting for. The winner of the 200th post giveaway.

As I included in the post. I am going to randomize this list 5 times at 6:00 PM ET. Whoever is at the top of the list will receive the stack of 50 cards while the person listed last will receive a relic card or autograph from their favorite team.

I just randomized the list 5 times. Below are the results. 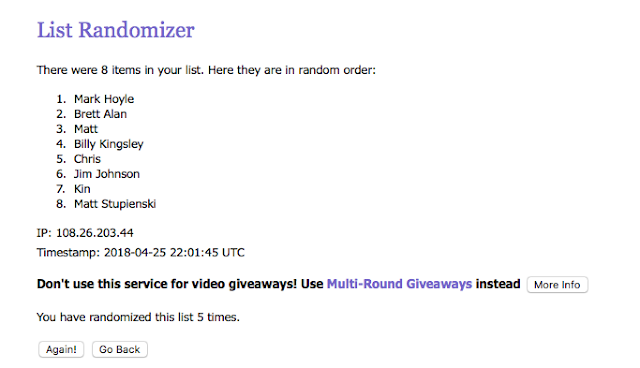 Congratulations to Mark Hoyle who has won the stack of 50 cards as well as Matt Stupienski who will receive a relic or auto from the team he chooses (just let me know which team, Matt and I'll send your package as well as Mark's out soon. If you could both email your addresses to henryaaronblanchette@gmail.com I'll be able to get your packages out later this week).

Finally, thank you all once again for sticking with me for 200+ posts. I look forward to doing another giveaway at possibly the 1 year anniversary of the blog on August 12th.

Until the, expect posts to come out almost daily and once again, thank you all for the views, commentes, trades, and support.


Posted by Henry Blanchette at 6:06 PM