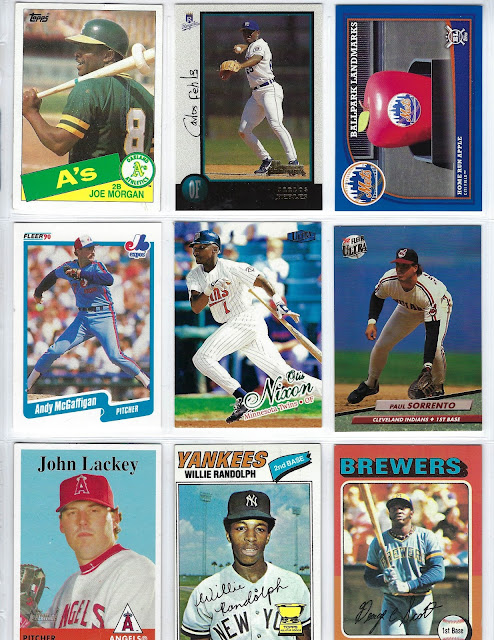 Now that 2019 Topps Series 1 has been released for exactly 1 week, Baseball fans and card collectors have begun to turn their attention to various other upcoming events, ranging from Baseball card set releases to MLB Opening Day.

With pitchers and catchers set to report to Spring Training in roughly 1 week, there are still dozens of big-name free agents that have been left unsigned. This is the second year in a row that's left superstar free agents waiting a long time to be signed.

This has highlighted the beliefs of some players and analysts who believe that the star free agents are not receiving the contracts that they deserve. Regardless of if this is true or not, with Opening Day a month and a half away, it's time for players and owners to agree on a deal so the player can begin practicing with his new team before the season starts.

Additionally, my favorite set of the year, Topps Heritage, is being released on February 27th, only 3 weeks from today. As always, I'm anticipating the release of the product, but I'm especially excited to see Topps recreate the classic 1970 Topps design and officially begin making their way through the 70s.

Plus, we're only 2 years away from seeing 1972 Topps recreated in the Heritage set and that's something I've already been looking forward to for years now.

Moving on, I've reached page #40 of my 74-page frankenset today, a page that includes cards 352-360 of the set. I noticed instantly that this page featured a wider variety of sets than the past few sheets have and not just regular Topps Flagship cards.

So with all that in mind, let's begin frankenset page #40. 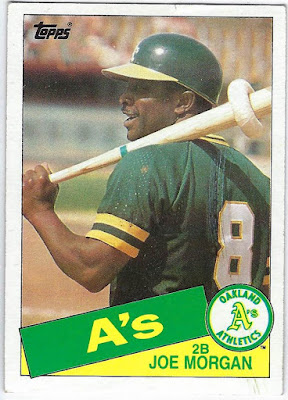 Before I first found this card from 1985 Topps, I never knew that Hall of Famer Joe Morgan played for the Oakland Athletics. However, in true Oakland A's fashion, the picture and design feature a ton of green and gold, including differing shades from the photo and the 1985 set design. 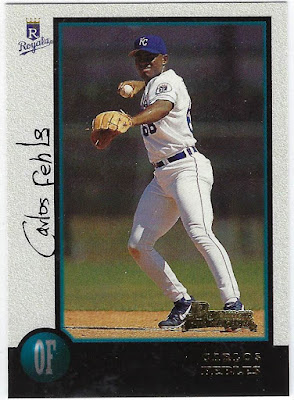 I knew I recognized the name Carlos Febles, and then it dawned on me that the former major leaguer is the current 3rd base coach of the Boston Red Sox. After John Farrell and most of his staff departed, Febles stepped in as the 3rd base coach to replace Brian Butterfield after playing a few seasons in the big leagues with the Kansas City Royals. 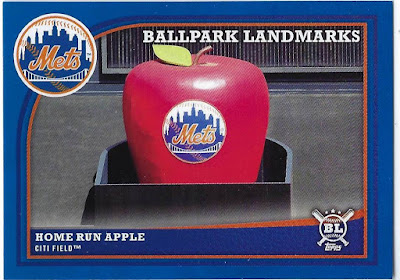 Because Topps Big League is officially returning in 2019, I'll definitely be looking at what Topps ends up changing and keeping from the original product. One of the stronger points of the base set was the ballpark landmark cards in addition to a solid selection of retired players. However, at least in my opinion, there were too many non-numbered parallels in the 2018 Topps Big League set. 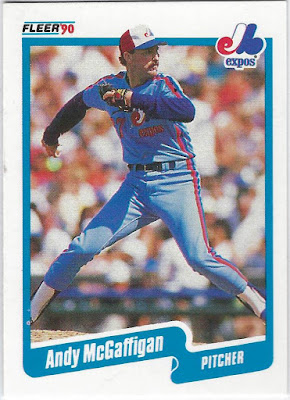 As is usually the case, the light powder blue Montreal Expos uniform immediately caught my eye, prompting me to feature this card of Andy McGaffigan, not exactly a household name, on one of my frankenset pages.

Along with the Red Sox, the Expos are one of those teams that I will always collect beyond player collections. If I come upon an awesome Expos card, even if I don't collect that player, I will likely add that card to my collection. 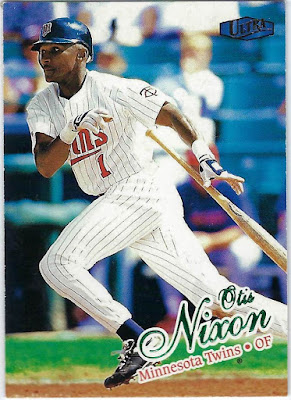 I believe I selected this card because of how much I liked the photo featured, but besides that, there's not a whole lot drawing me to this card. The 1998 Fleer Ultra set is one of the most uninspired sets of the late 90s, and the background may be colorful, but there's not a whole lot of exciting elements besides the photo of Twins outfielder Otis Nixon dropping the bat. 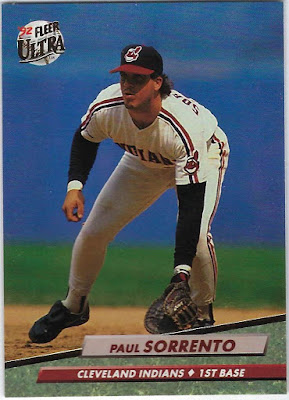 Based on the last 2 cards, I'm guessing that the main incentive to purchase packs of Fleer Ultra in the 1990s was the guarantee of Stadium Club-caliber images, both in retrospect to the quality and uniqueness of the photograph. After all, I sure wouldn't be drawn to Fleer Ultra solely by the set designs. I would need a little bit more to buy these cards. 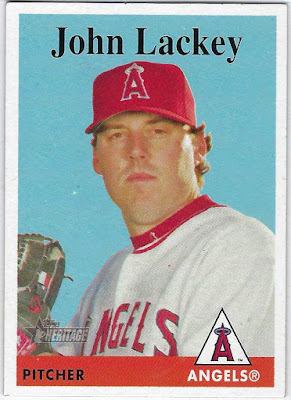 This is one of the first cards that come to mind when I think about the 2007 Topps Heritage set, a product in which I have dozens and dozens of duplicate cards. The light blue background pairs excellently with the rest of the card, the majority of which is red.

He may not have been the most well-liked teammate to have around, but Lackey aided both the Red Sox and the Cubs in winning the World Series in 2013 and 2016 respectively. 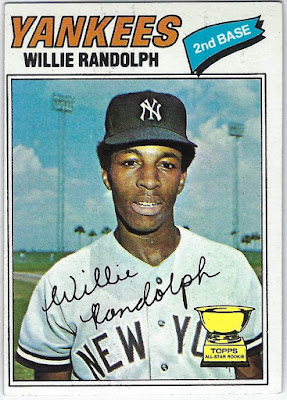 This card, in particular, really put into perspective how committed Topps has been towards maintaining roughly the same Topps rookie cup design since the new style cup was developed in the early 1970s.

I'm not sure if they've featured it every year, but I'm certain that the rookie cup on Willie Randolph's 1977 Topps card is extremely similar to the one on Juan Soto's 2019 Topps card that I recently pulled. 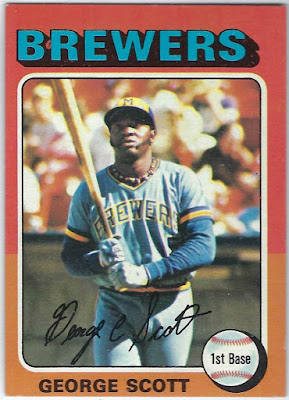 Similar to how the Lackey comes to mind when I think about 2007 Topps Heritage, George Scott's 1975 Topps card is memorable for me for a number of reasons, ranging from the easily recognizable light blue Brewers uniform to the fact that I have this same card, only as a part of the 1975 Topps mini card set.
Posted by Henry Blanchette at 4:15 PM