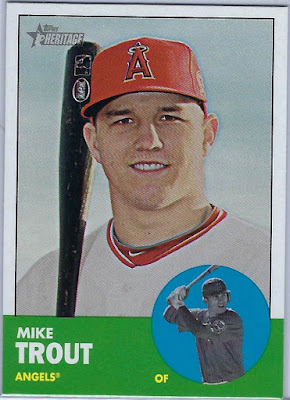 For as long as I can remember, Topps Heritage has ranked as one of my favorite products, year in and year out.

With the 2020 release, paying homage to the 1971 design, set to come out in just over a month, I'm anticipating another year of nearly perfect recreated cards as well as the usual lineup of inserts (New Age Performers, Then & Now, and Baseball/News Flashbacks).

Aside from the 1-year break that I took from buying Heritage in 2015, a decision that I'm still confused as to why I made, I've purchased cards from the set every year dating back to 2011.

It was, however, my discovering of the incredibly affordable Heritage base sets at the card show that made me all the more fond of the product.

While I've been more inclined to purchase hobby boxes and build the set myself in recent years there was a time (2012-2014 and 2016-2017) where I couldn't think of anything with better value.

That's due in large part to the fact that back in 2012, when I first discovered this affordable alternative to buying the cards online, I purchased the base set, cards #1-425, for just $20.

The 2012 Topps Heritage set, for those of you who don't know, includes the card above, Mike Trout's first Heritage card. It's not considered a rookie, but that doesn't mean it doesn't have any value to it. 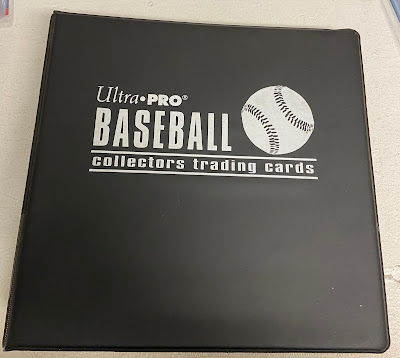 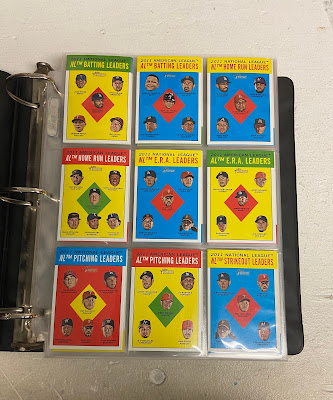 But at the time, I didn't suspect that Mike Trout, or any player in the set, was going to become a phenom and emerge as one of the top players in the game. I never bought a Heritage base set with the idea that a certain card would soar in value. If I wanted that out of Heritage, I'd by SPs and autographs.

Instead, as you can see from the images above, I put the 425 cards into sheets and a binder for 2012 Heritage, as well as the 4 other base, sets that I've purchased at the show. Every so often, I look through them and discover cards I didn't even know I had.

As it turns out, when I was looking a few years back, one of those cards was Mike Trout. 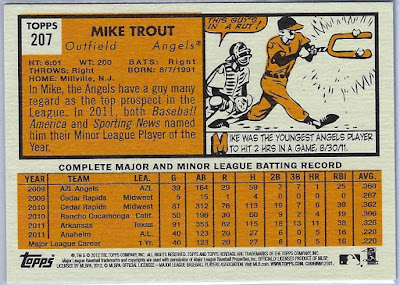 Now, Topps has changed how they distribute a given player's cards into sets since 2012. Every player has to have a rookie card at some point, even if that means delaying it until that player is no longer a rookie like they're doing for Yordan Alvarez.

Their current methods mean that there won't be a chance for a non-rookie card like Trout's to be so valuable. The high price (~$70 not graded) stems from the fact that he wasn't featured in 2011 Heritage.

Now, they have Heritage High Number, and Topps is so rookie crazy that I doubt this will ever happen again.

Still, considering it's from a $20 base set purchased nearly 8 years ago, I'll take this card any day of the week.
Posted by Henry Blanchette at 8:17 PM