If I Had a Say 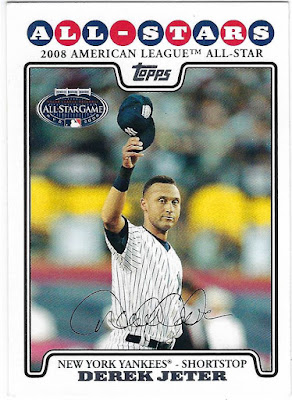 In just under 24 hours from now, the BBWAA will reveal the Baseball Hall of Fame Class of 2020 who will be inducted into Cooperstown this July.

Some committee members began posting their ballots throughout December, and the last time those votes were tallied, it looked like we were going to see Jeter, Walker, Clemens, Bonds, and Schilling receive baseball's greatest honor.

But as you'll soon notice, I'm not in favor of a lot of those guys. It's not that I consider myself an advocate for the "small hall," but this year's potential inductees don't have the same energy and, honestly, qualifications as previous classes.

Plus, I've disagreed with the BBWAA and their various committees' decisions over the last couple of years, something that didn't previously happen.

It seems like the voters have embraced the "large hall" notion as of late, and while I'm neutral on this issue, I personally don't believe that Harold Baines and Mike Mussina are Cooperstown worthy.

Moreover, if Baines was inducted, there's no reason whatsoever for Fred McGriff not to be in Cooperstown, but that's an argument for another day.

Anyway, my HOF ballot for 2020 is rather limited, so I'll spend a reasonable portion of this post explaining why I didn't choose certain players. After that, we'll just have to wait and see what tomorrow's announcement brings. 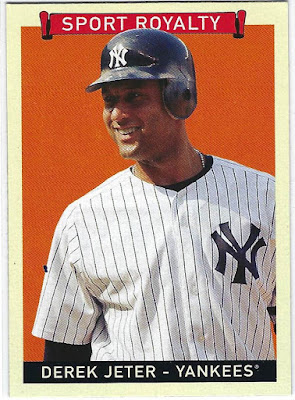 No one should have to justify putting Yankees legend Derek Jeter on their Hall of Fame ballot, but after people genuinely did not vote for Ken Griffey Jr 4 years ago, I feel obligated to give an explanation.

He may not have captured the AL MVP award during his career, but the 14-time All-Star is a clear cut 1st ballot HOFer. Perhaps, given his career .310 average, 3,465 hits, and 5 Gold Glove awards, he can join teammate Mariano Rivera as the only 2 unanimous selections.

Jeter arguably hung on a little longer than he should've in 2013 and 2014, especially when Didi Gregorius was ready and able to take his place, but the 5-time (yes 5-time) World Series Champion will forever rank among the Yankees all-time greats. 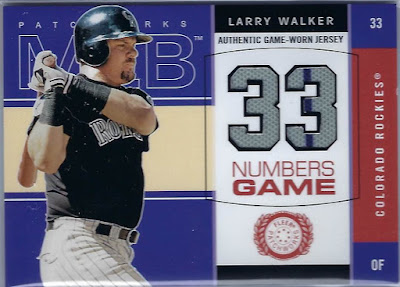 This is where things get a little more complicated. I assume we can all agree that Jeter deserves a spot in Cooperstown; the debate, however, begins when discussing who else, if anyone, should be inducted with him.

I'm not so strict to the point where I'd only let Jeter into Cooperstown if I had a HOF ballot. If a player is deserving, I'd give him my vote, and that's exactly how I feel about Larry Walker.

Walker has 2,160 career hits, nearly 400 home runs, and over 1,300 RBI. The 5-time All-Star may not have as big of a name as some of the other players on the ballot, but he's, nonetheless, one of the most qualified. 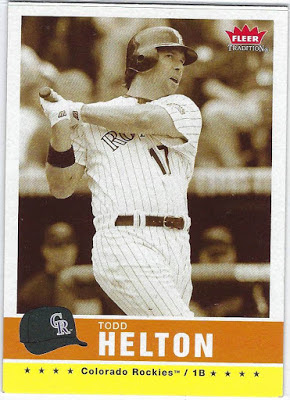 Wouldn't it be something if we saw not 1 but 2 Colorado Rockies enshrined in Cooperstown the same year? I'm probably getting a little ahead of myself, but that doesn't negate the fact that Helton should be inducted before his time on the ballot is up.

Helton's a career .316 hitter with over 2,500 hits, already establishing himself as more qualified than Larry Walker who, form what I've seen, has received more votes than Helton. The 5-time All-Star never won an MVP award like Walker, but his 1,406 RBI make up for that.

When you assess them against one another, Helton and Walker appear equally qualified for a spot in Cooperstown, so why not induct them both? After all, it would be pretty cool to see the Rockies get this kind of representation.

And that's the end of my ballot. Derek Jeter, Larry Walker, and Todd Helton would be my 3 picks if I had a position on the BBWAA committee. Because I'm leaving out some heavy favorites, I'll take a few minutes to give my reasoning for why Bonds, Clemens, and Schilling were excluded.

1. I'm against any and all steroid users being elected into the Baseball Hall of Fame. There's enough evidence, in my eyes, for me to pass up both Barry Bonds and Roger Clemens. Other guys who were actually proven to have used steroids, such as Manny Ramirez, speak for themselves.

2. Putting aside his off the field controversies as best as I can, Curt Schilling's numbers still don't scream Hall of Fame to me. His 3.46 ERA is fine, nothing spectacular, and although he's a member of the 3,000 strikeout club, he's more known for his postseason heroics than regular-season numbers.

As stellar as he was for the Diamondbacks and Red Sox come October, that isn't enough to warrant the highest honor in Baseball, though I do expect Schilling's case to be the closest call of all.
Posted by Henry Blanchette at 8:02 PM