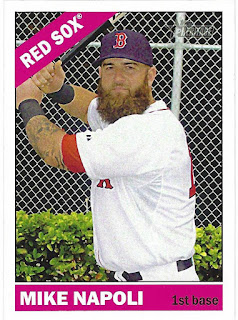 After I created my Red Sox team set want list I decided to go through my misc. Red Sox binders a 2nd time to find cards from team sets I may want to build upon further down the road. These would be products that I only have 1 or 2 cards from, but thanks to the internet and future trades I'll be able to get more of. 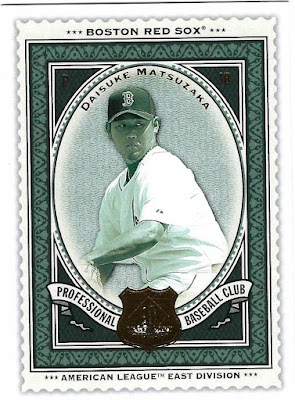 Before I knew as much about cards as I do I would just call these the "stamp cards" because they actually looked like stamps. Who would've known that a quick look at the back of the card would tell me the team name. I also find it interesting how part of the gold SP logo has faded on this card. 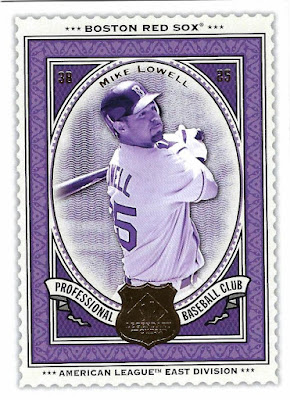 But hasn't faded one bit on this card. 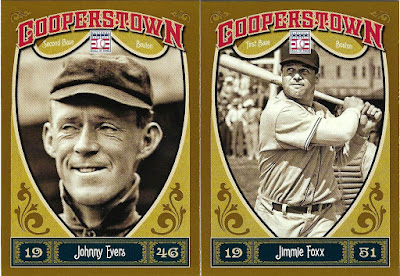 I then found cards from one of the most underrated sets in recent years which is Panini Cooperstown. Like I've said before if you can look past the logoless caps and jerseys Panini isn't that bad. Especially when they do old-time players since they didn't always have the team name on jerseys back then.

I was also able to find a fair amount of cards of a player who Topps decided to put in EVERYTHING and I mean everything last year. 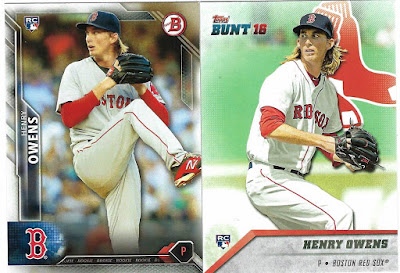 It's none other than Henry Owens.

Considering how little I bought of 2016 Bowman and how most of my Bunt cards are in a set I'm very surprised I have these 2 cards of Owens. Then again I'm not, because like I said he was in almost every 2016 set. 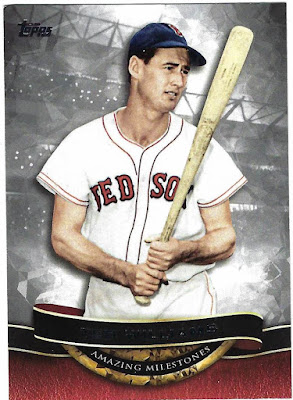 Then I began to strike gold and find cards of great Red Sox players like this Amazing Milestones insert of Ted Williams. These retail exclusive cards from 2016 Topps are rather boring, but I'll take pretty much any card I can get of Williams since he's one of my favorite all-time Red Sox.

Finally, I found a card I didn't even know I had. 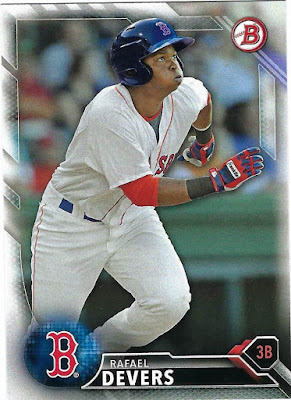 It's the 2016 Bowman prospect card of Rafael Devers.

This card is exactly what I love about Bowman. I must have pulled this card in a pack last year and not thought much of it considering I tucked it away in an unorganized binder. One year later the 20-year old is heading with the Red Sox to the ALDS as their starting 3rd baseman.

This is why I love collecting not just Red Sox, but Bowman, and of course cards.


Posted by Henry Blanchette at 5:16 PM