Not Sure How I Feel About Manufactured "Relics" 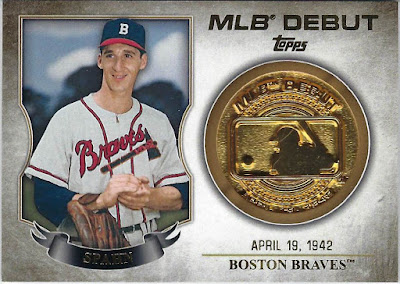 Throughout the 2010's Topps has been dragging these manufactured relic cards into their Topps Series 1 & 2 as well as Update products. While some designs look okay, most can be a total letdown. 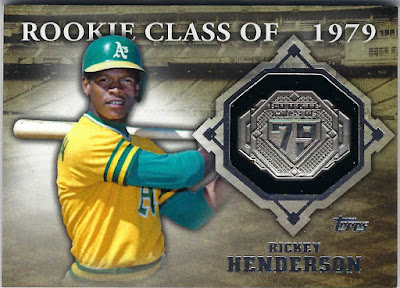 Another problem I have with these is that they're counted as a relic in Topps jumbo boxes. Like I said these aren't relics, and some person could buy a jumbo box that is promised 2 relics, and later become disappointed or confused about where and what the other relic is. These should be kept to blaster boxes only. After all, it is a nice throw in to include, so long as it's not in an expensive hobby box. 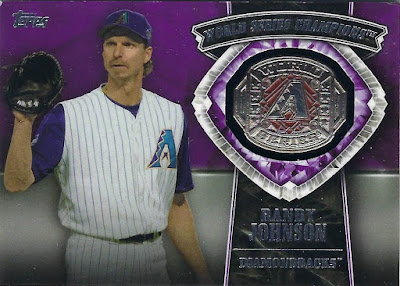 But I do firmly believe that with a little tweaking, this product could be improved. Doing more sets like these World Series Champions with the ring reproductions as the "relic" is not a bad idea. So is commemorating awards like MVP and CY Young and even doing it for all-stars as a yearly Topps Update tradition. 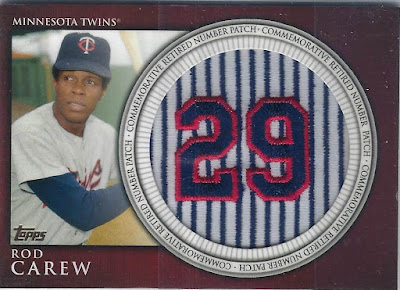 And sometimes, yes sometimes I take a look at manufactured relics like the Carew one above and I begin to appreciate them a bit more. I start to see where Topps is coming from and what they're trying to accomplish with these cards. 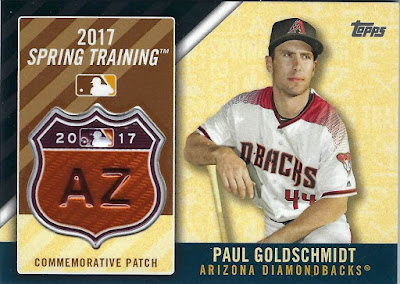 But then I see cards like this where no effort whatsoever was put into the idea as well as the card design. When I see cards like this I not only lose faith in these manufactured cards but a little bit in Topps as well. So much so that I'm definitely looking for some Diamondbacks fan or avid Paul Goldschmidt collector to come along and make a trade for this.


Posted by Henry Blanchette at 7:38 PM