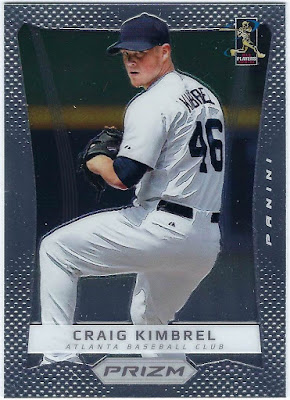 I'm not going to get into my recap posts for the 40th National Sports Collectors Convention until tomorrow, but I wanted, if nothing else, to share how unforgettable this experience was.

This was my 2nd straight year attending the show, so I had a better idea of what to expect. The sheer size of the venue is overwhelming for anyone, but after a while, I was able to find my way around and do business with some phenomenal vendors.

In many ways, the Chicago show was extremely similar to and different from the Cleveland convention. This year's show seemed to be slightly larger, but at the moment, I can't necessarily rank one above the other.

My flight from Chicago to Boston got in around 11:30 this morning, allotting me some time to get situated and begin the process of organizing all of the new cards that my Dad and I brought back.

Before I get overly invested in sorting and sharing the cards from The National, I wanted to take today to share the cards that I received from a trade package, sent to me by Marc of Remember the Astrodome.

We worked this trade out before I departed for Chicago last Tuesday, and it was nice to return home and see that the package had arrived in the mail. He reached out and mentioned that he could help with my 2019 Panini Prizm Project. 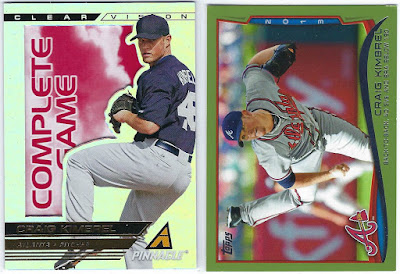 Though the package he sent me was centered around 2019 Panini Prizm, Marc also threw in a few cards that I didn't already have in The Kimbrel Collection. In addition to a Panini Prizm card from a few years back, I received a Pinnacle insert and a 2014 Topps retail green parallel.

With the addition of these 3 cards, The Kimbrel Collection is up to 131 different cards. That puts Kimbrel at the #27 spot on the list of my largest player collections, trailing guys like Carl Yastrzemski and Brooks Robinson by only a few cards.

Because he didn't sign a contract until June, Kimbrel hasn't been featured in many 2019 Baseball card sets. Hopefully, 2020 will be a better year to grow The Kimbrel Collection as a whole and that PC will reach 150 cards before then. 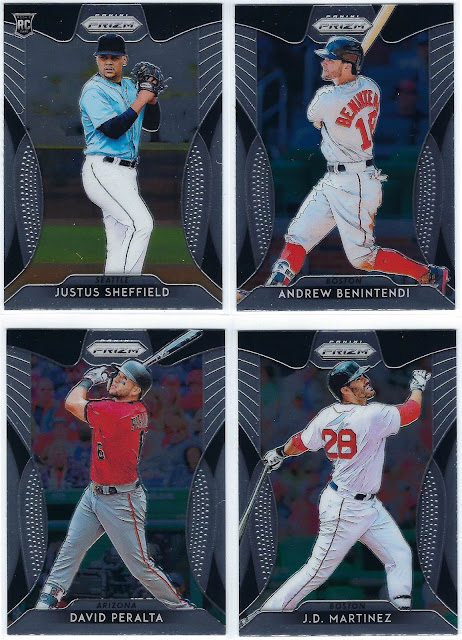 As I mentioned earlier, I don't want to reveal too much about what happened at The National throughout the week, but I will say that I couldn't track down any 2019 Panini Prizm cards for my project.

No matter how much I looked or how many bins I searched through, I came up short when it came to 2019 Panini Prizm base cards and parallels. There was one vendor at the show selling a few Prizm cards, but there were no price tags on the top loaders, and the lot was gone by the time I went back to the booth.

Thus, I was ecstatic, even after a week of buying Baseball cards, when I returned home to around 20 new cards for my Prizm set. The project as a whole is quite daunting, but this trade certainly helped, particularly with the base cards. 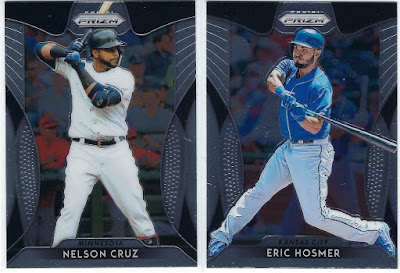 When you've got over 25 parallels in a product, there's no need to separate the base set into tiers, especially since there are no big-name rookies in the base set checklist.

Nonetheless, Marc was kind enough to send me some of the higher number cards, including quite a few rare (#201-300) ones like the Eric Hosmer card above. 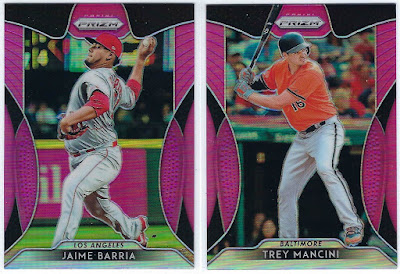 I absolutely envision myself spending years on this insane project, but I'm fortunate to have resources, especially trading partners, to help me inch closer to my goal.

No matter how many parallels, both numbered and non-numbered, there are in this set, acquiring just 1 helps me make progress with my mission. I'm not looking for Prizms numbered to fewer copies than 25, so that should make this a little easier.

Thanks again for the Prizm cards, Marc. Now, get ready for a week full of recap posts from The National.
Posted by Henry Blanchette at 5:42 PM