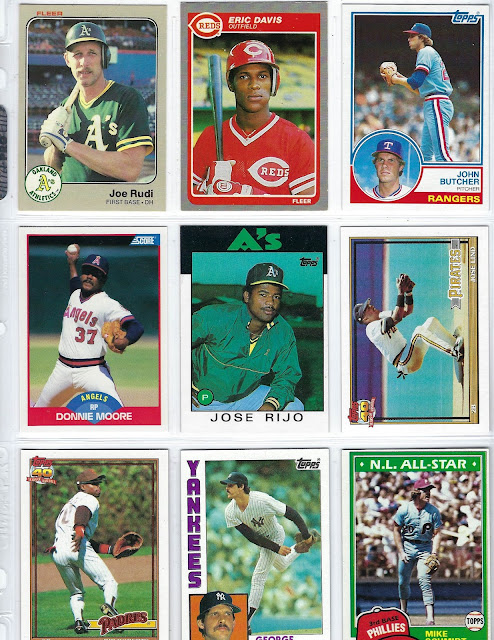 Between my time at The National and the several recap posts that followed, it's been many weeks since I've done one of these frankenset posts. With just 13 pages left in the set (including this one), this series will be wrapping up shortly, meaning I have to think of what to do next. 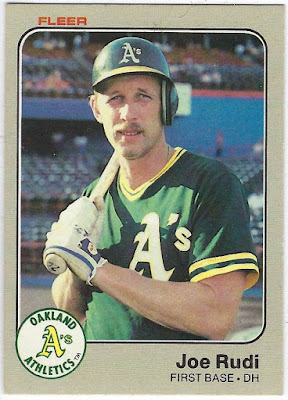 This card should really be in my Joe Rudi PC instead, but I suppose I selected this card for the frankenset before I began collecting cards of the 3-time All-Star.

Until I checked his career stats on Baseball-Reference, I had no clue that Rudi was a 2-time runner-up for the AL MVP award. First in 1972 when he lost to Dick Allen and then in '74 when Jeff Burroughs took home the hardware. 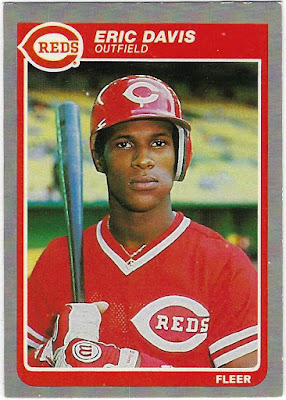 It's cool that my 2 favorite Fleer base designs are featured side by side at the beginning of this frankenset page. Both sets use a rather simple design and border-color but pair it with colorful uniforms.

Although I have few cards from the set, '85 Fleer is my favorite of the 2 solely because of the silver borders. I can't imagine how cool it would be to look through pages of these cards together in a binder. 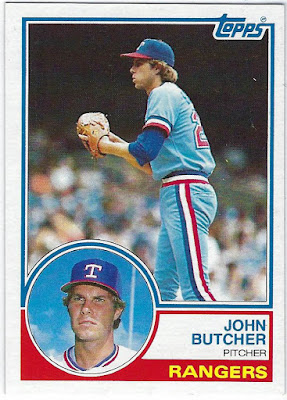 I often find myself debating whether I prefer 1983 or 1984 Topps, the 2 greatest Flagship designs of the 1980s if you ask me. Unlike '83 and '85 Fleer, I haven't been able to decide on a favorite between the 2 Topps designs.

Rather, I go back and forth a lot between the 2. Currently, I'm leaning more towards '84 because of how great of a job Topps did with that insert set in the Chrome release. Last year at this time, however, I likely saw '83 as the superior set. 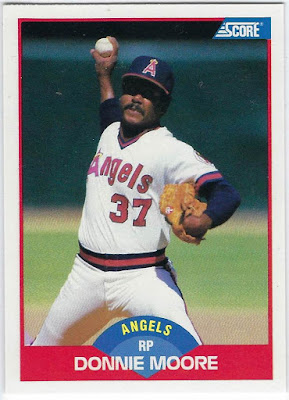 I cannot, for the life of me, tell you why there are so many cards from 1989 Score in this frankenset. I either must've liked the set design when I was creating the frankenset (highly unlikely), or there were no other options for spots like #535.

Either way, I'm getting tired of seeing these cards, both in frankensets and across my card collecting room. I really need to put all of these in a box and never see them again. 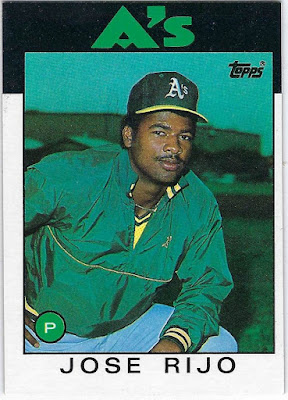 Some cards from 1986 Topps make me feel like it's one of the most underrated sets of the decade. The black banner with the colorful team name at the top has so much potential to be paired with all sorts of fun images.

Other times, the cards lack that wow factor, like the Jose Rijo card above. There's potential to do a lot more with the Athletics' team colors, but nothing was done to make this card stand out.

My feelings about 1986 Topps are definitely mixed. The set, as a whole, had a lot of potential for some stellar cards, but that potential wasn't utilized across the entire checklist. 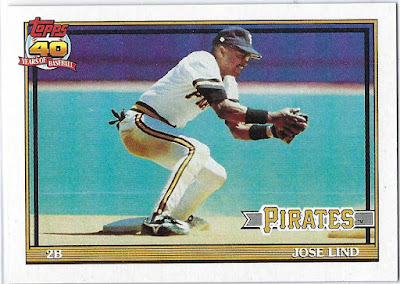 1991 Topps, on the other hand, is a prime example of making something out of nothing. Although the base design leaves a lot to be desired, Topps filled the checklist with innovative photography that we haven't really seen before or since (apart from modern-day Stadium Club).

In almost any other Flagship set, this would be another standard card of Pirates 2nd baseman Jose Lind. But in 1991 Topps, the photography is so creative that you can't help but take notice. 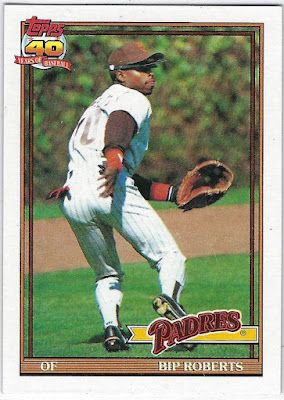 I usually try to avoid showcasing 2 cards from the same set on 1 frankenset page, nevermind have them go back to back. But the Wrigley Field ivy on Bip Roberts' card made it so I couldn't deny this card a spot on the 60th page. 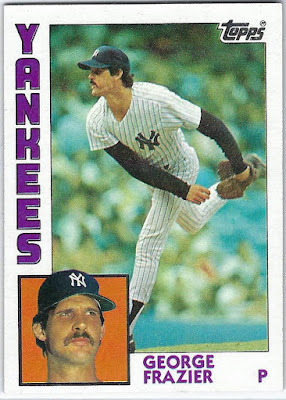 I honestly didn't notice that there was a card from 1984 Topps on this page when I compared '83 and '84 Flagship sets earlier in this post. Although they're both fantastic designs, seeing them on the same page makes me believe that '84 is just a tad bit better.

These 2 set designs are similar in many ways, so it's challenging to choose one over the other. Nonetheless, the bold team name along the side of each 1984 Topps card is something that sets this set apart from the '83 design. 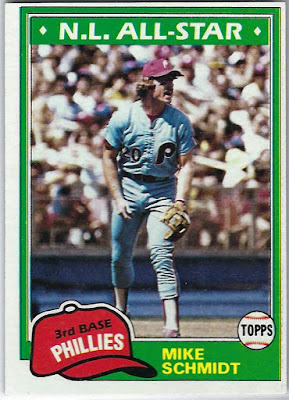 Though the green borders along with the red hat make me think more of Christmas than Baseball, Mike Schmidt's 1981 Topps card is classic, albeit simple.

The Phillies uniform shown is one of my all-time favorites, and I love that Topps mentions that he was an All-Star at the top, something I believed they stopped doing in 1983.

I may not be the biggest fan of '81 Topps, but I'll admit that there are some fabulous cards in this set, and Mike Schmidt's is definitely one of them.
Posted by Henry Blanchette at 5:39 PM