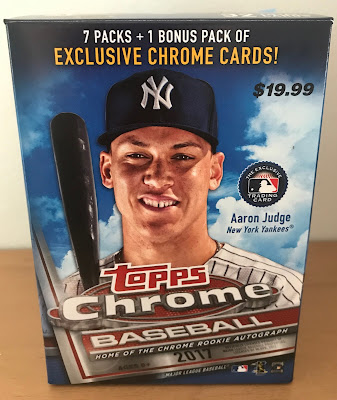 After the luck I had with the 2017 Topps Chrome rack pack I decided to invest more money into Chrome. I went to my local Target and picked up a blaster of it.

I had a hard time paying $20 for 32 cards, but I was determined to continue my luck.

As you will see from these packs that did not happen. 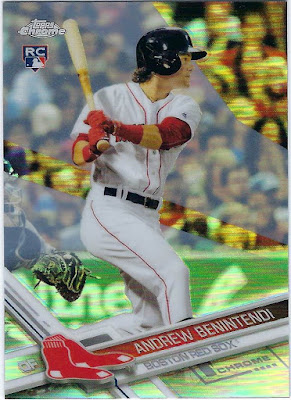 Wow a great card right off the bat. Not only is it a Benintendi rookie card, but a refractor too. It looks much better in person with a much clearer picture. If only the rest of the box was this good.

I'm already tired of seeing the same images in Series 1 and 2 that I see in Chrome. 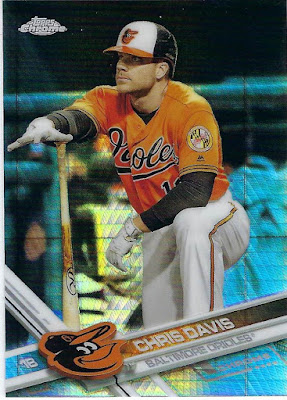 Even though I love this image and Chris Davis is a player I collect I'd much rather have this as a base card. The prism doesn't do much for me. 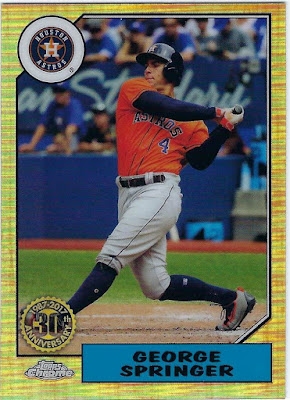 These '87 inserts looked good in Flagship and they look amazing in Chrome. George Springer is a player I collect and he has had such an amazing year. The orange uniform ties the card together. Definitely one of my favorite cards from this year's Chrome so far 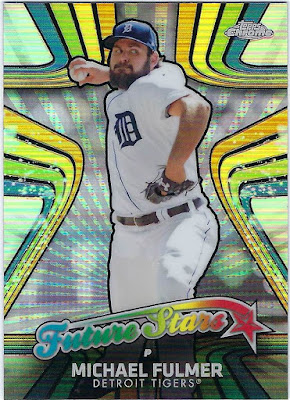 These future stars inserts have been a staple in Topps Chrome for years. I adore the colorful backgrounds and even though I don't collect Fulmer this card makes me want to.

Oh how I love getting doubles of a 200 card set after only getting about 30 cards of the entire set total.

A Red Sox and a player I collect. This blaster box is starting to look a bit better. 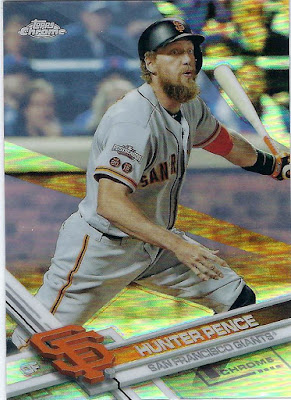 Well it was looking better. I'm sorry, but it's hard to get excited about a meh player and a meh card. At least it's a meh refractor right? 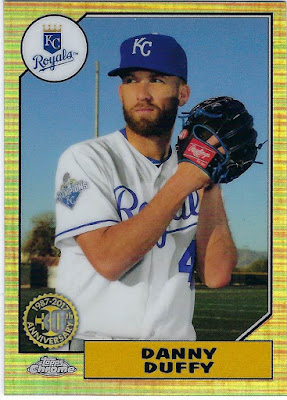 The more of these '87 inserts I get the more I love them. This card features a stunning picture of Duffy who is one of my favorite current Royals and for good reason. He's put up solid numbers all season and I believe he could be a star pitcher someday soon.

And the doubles continue. 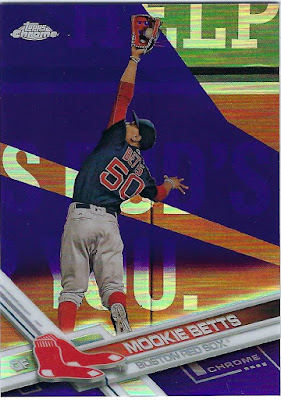 This was by far the best card of the blaster. This features the Mookie Betts card from Flagship which is one of my favorite cards from Flagship. It's numbered 61/299 and is a beautiful picture with a great purple color. 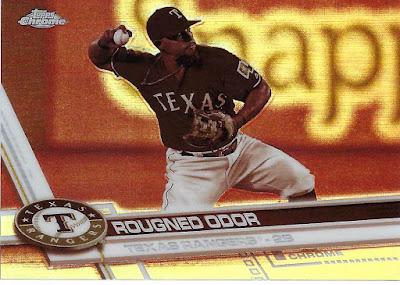 I like these sepia refractors a lot. They look better in person as they are a lot less gold. 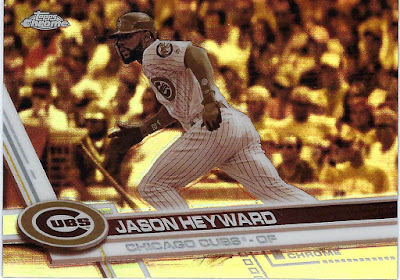 This was the best card in the sepia pack which is pretty sad. I don't collect him and I already picked up his base card as well as Odor's. I wish I could've gotten new players. 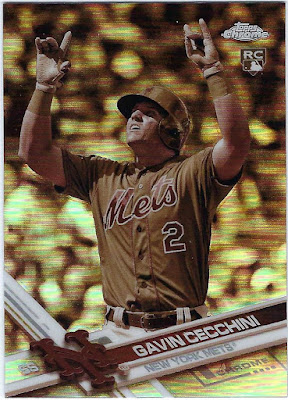 Not much to say about this card. I don't like the Mets, and I know nothing about Cecchini. 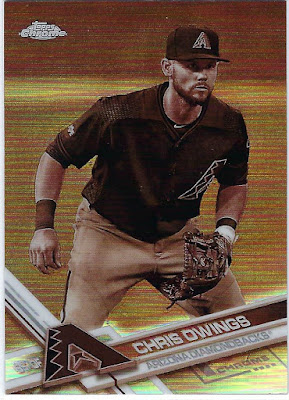 Another bland card of a Diamondback. Sigh.

Overall this box was a letdown. I knew it wouldn't be as good as the rack pack, but I was hoping for a few more player collection cards.

At least I have my purple Betts.


Posted by Henry Blanchette at 3:06 PM