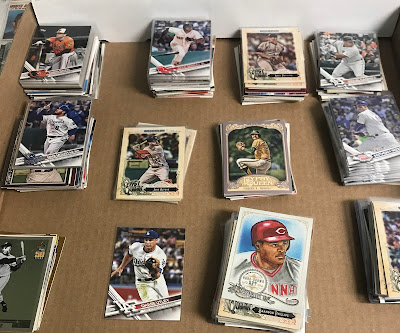 I had some time on my hands this past weekend and finally got around to sorting a bunch of cards I've acquired this year. This included loose cards from 2017 Series 1, 2017 Gypsy Queen, and dime cards from the last card show I attended. There were also vintage cards that were purchased online which I'll get to last.

When I began looking through I was shocked on how many cards from player shrines and my 2 team collections (Red Sox and Cubs) I didn't put away. 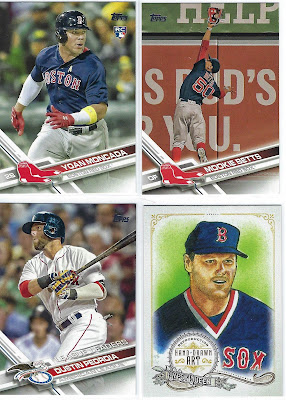 Like these 2017 Red Sox. A trio of series 1 Red Sox including a Moncada rookie have been left in a plastic container since February. This Roger Clemens Hand-Drawn Art was at least in the box I got it in, but still not where it should've been.

Shame on me. I really need to put all player collection as well as Red Sox and Cubs cards away as soon as I get them. Otherwise I'm simply being a neglectful collector. 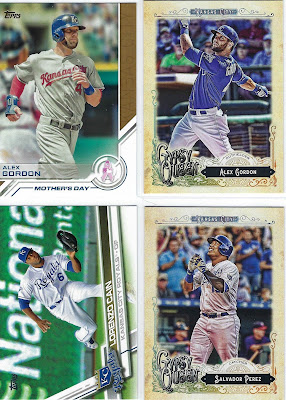 There were also some 2017 Royals player collection cards. This included a duo of Alex Gordon as well as Cain and Perez. Each of these cards has something about it that helps it stand out. The salute gordon has the beautiful Mother's Day uniforms while the Gypsy Queen Gordon has the bold all blue jersey. The Cain has a landscape view of him in action. Finally the Perez photo seems to have been taken after he hit a homerun. These cards are the perfect example as to why I collect so many Royals. 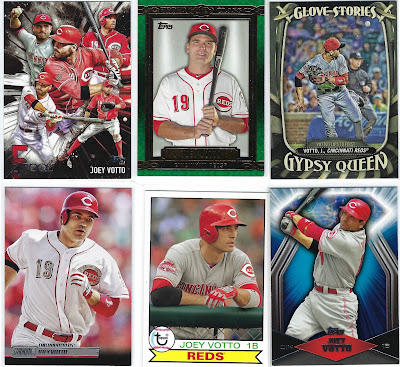 Another major collection of mine is Joey Votto. I picked up these 6 cards at the card show a little over 2 weeks ago and haven't put them away yet. My favorite has to be the one in the 2nd row to the far right. It's a Wal-Mart exclusive card called Wal-Mart Blue Diamond. Topps kinda went overboard with all the diamond and 60th anniversary stuff in 2011, but this is definitely not an example of that. 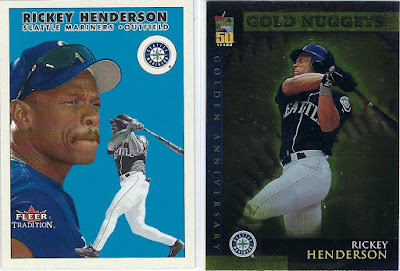 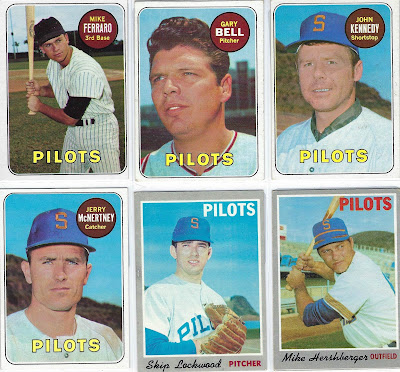 I said something about vintage right? These are Pilots cards. The Pilots were around for only one year which was 1969. However they were still included in the 1970 set. My dad purchased these off Dean's a few weeks ago, as we have spent a while trying to complete their team sets. I'm currently missing 5 cards from the 1969 set and only 1 from the 1970 set. You can see which cards I'm missing as well as other cards I need here.

Sorting cards. It can be tedious, boring, and sometimes fun. But here's some advice. Trust me it's necessary.


Posted by Henry Blanchette at 1:29 PM