As I said in my post on Wednesday Gypsy Queen is my favorite current set made by Topps. I know some people don't like it, but I think the design is so distinctive. It's not boring white with color splotches like Allen & Ginter, and I truly feel that each year is pretty unique.

I decided to do a post ranking each year of Gypsy Queen. The design style will be the primary factor in the ranking. Now let's get started. 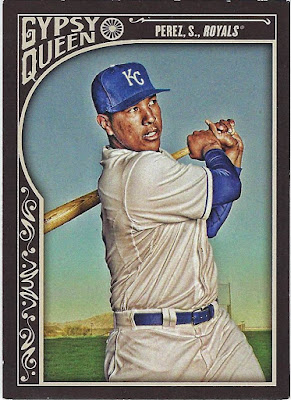 This is by far the most boring Gypsy Queen set. The brown border is so basic and generic, but more than that it doesn't embody Gypsy Queen. It's not old style, not a great font for the set name either. The photo is also way too big. However it's not all bad. The photo quality is great and the set is classy. It's not a great set especially for Gypsy Queen, but then again it's up against some stiff competition. 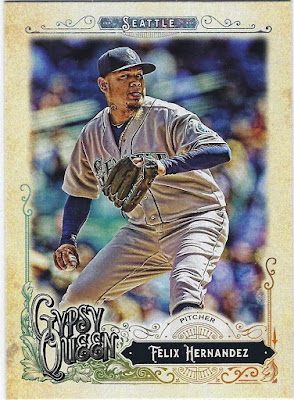 The biggest overall set change in Gypsy Queen history also came with some base set design changes. While I like the logo and the designs near the player's name I don't like how they used this yellow and cream color for the 3rd time (2011 and 2014 were the others). I also have a problem with the player's full name on the front of the card. They've never done this before and I'm really not sure why they started now. Maybe this was the year to iron out a few kinks and next year will be an improvement. 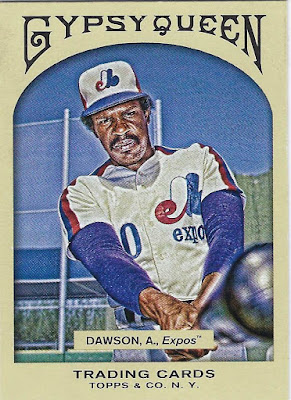 It was the first Gypsy Queen set and it's a distinctive set, however it's rather plain. The photos are great and the font they used is good, but overall it lacks something to help it stand out. I like how they did the player's last name in a cream colored block on the picture, however I can see how it would take away from the photo itself in other cards. One reason it's this high is because it's the first set, but being first can only take you so far
#4: 2014 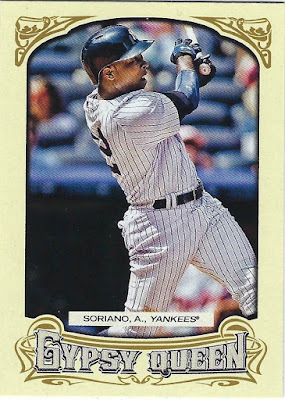 Maybe this set is only this high because I barely have 10 cards from this set. The set is simple, but unlike 2015 it pulls it off. The font for the set name is stunning and the different art around it and on top are fantastic. They did the player name in box just like 2011, which is another reason for me to like it. It would be higher if not for the same yellow cream color that Topps thinks is so great and needs to be in 3/7 of the Gypsy Queen sets ever made. Overall it's nice, but there are a few that are better.
#3: 2016 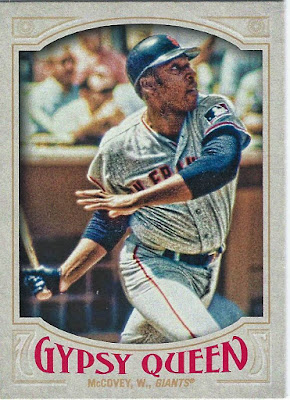 This is by far the classiest set of Gypsy Queen. It has a lovely grey border with a design similar to what you'd see in Topps Museum. The red writing of the set name is great to look at and the cards themselves look very simple, but stunning. My only complaint is that the player's name is kind of small and therefore hard to read. But overall 2016 Gypsy Queen is a well done set. But the next 2 are even better. 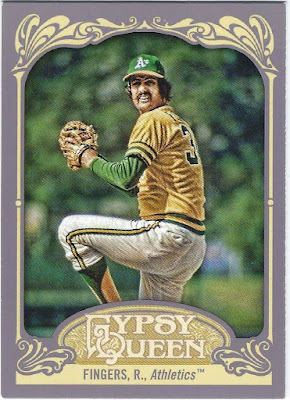 You wouldn't think that a purple bordered card set would work, but somehow it does. The purple and gold on the card go well together as they make up the entire border. Once again Gypsy Queen did a great job with the art design. But more than ever the logo really knocked it out of the park. The font and colors are great and the oval with the logo in it takes up exactly the right amount of space. The set works and was a great step for Gypsy Queen. But there is one set that's just a bit better. 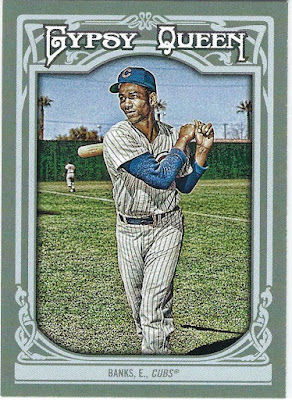 Before I made up my mind about anything else I knew 2013 would be ranked as the #1 set. Its silver borders are a standout, but the font along with designs all around the card help showcase its sleek design. 2013 Gypsy Queen also has some of the best cards in any year of Gypsy Queen and has yellow backs which helps is standout from all other years.

So there you have it. My ranking of Gypsy Queen sets from worst to first. But even the worst Gypsy Queen set isn't bad. I love the brand and will continue to buy it each and every year. Just to give each year a chance.

Posted by Henry Blanchette at 6:17 PM