The Greatest $10 Card Purchase of my Life

Against my better (judge)meant I purchased a rack pack of 2017 Topps Chrome this morning. As I approached the pack aisle I saw only 4 left. Topps Chrome has been selling out like crazy, so I wasn't surprised. I quickly grabbed my $10 rack pack and tried to get out of the aisle.

That's when I noticed a little sticker on the package stating that with this purchase I am entitled to a free pack of 2017 Topps Series 2.

Free cards for the second week in a row! I'll take it.

I'll start with that pack and then get into the Chrome 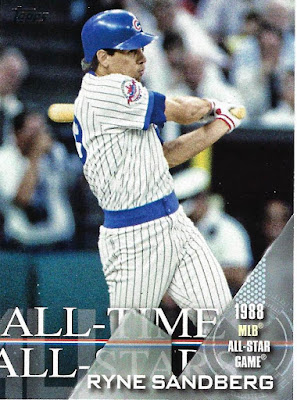 Finally a card worth talking about. This is an All-Time All-Star insert of Ryne Sandberg one of my biggest player collections.

Other then the Sandberg that pack was pretty depressing. Let's get into the Topps Chrome. 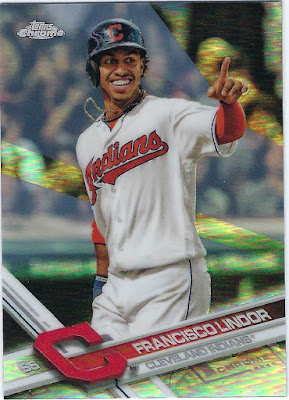 A Lindor Refractor! I'll take that any day. This purchase is starting to improve.

Then this came along. 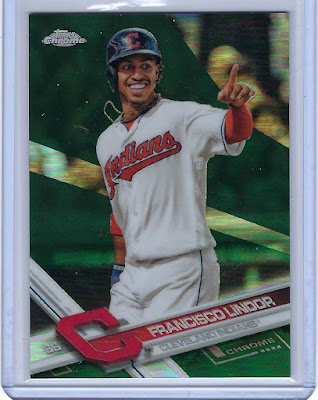 I thought I was seeing double when I pulled another Francisco Lindor card. This green parallel is numbered 54/99. I haven't seen this card on eBay or COMC yet. Just the image variation of this card. Already this purchase is a success.

Ending the pack with a player I collect. 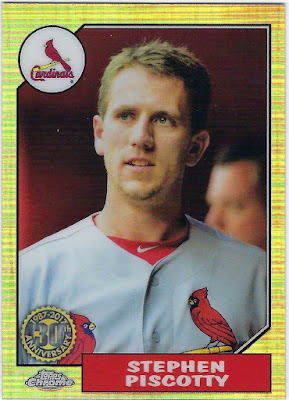 A nice Stephen Piscotty card. Even though he's not one of my player collections I'm very content with this card. 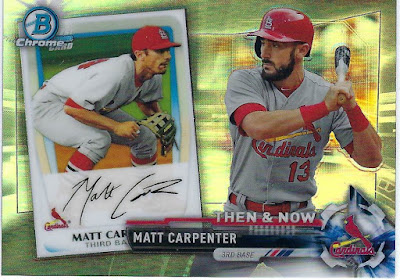 Another Cardinals insert, this one of Matt Carpenter. I loved the idea of the Bowman Then & Now inserts in Series 1 and I'm glad they returned for Chrome.

Ending pack 2 with a rookie star. 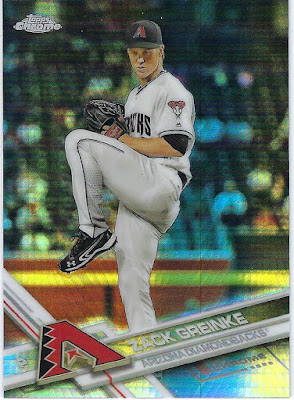 Not a bad card at all.

But nothing could compare to the next card. 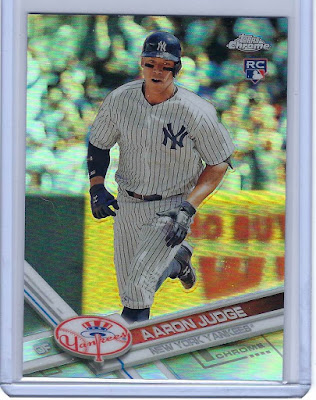 Yes I know this isn't the Aaron Judge rookie everyone is used to setting. It's a SSP image variation 1:143 packs. This card is going for $53, $71, and $99 on eBay respectively. To pull this card out of a $10 pack and to have it be Aaron Judge is nothing short of amazing. 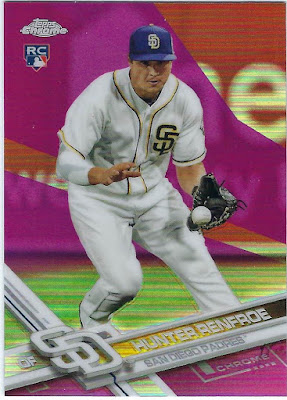 Renfroe has been hitting a lot of homers this year, but has struggled with batting average. I have no feeling towards the Padres whatsoever, but I hope this card's value rises one day. 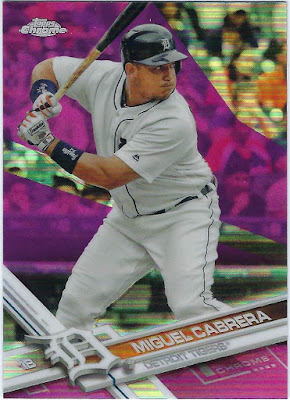 Another player I collect. This rack pack just keeps getting better and better 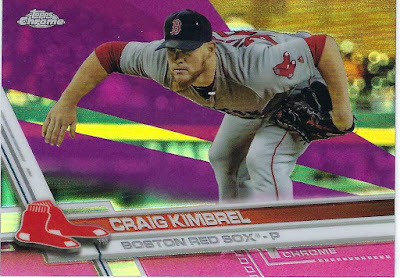 The lone Red Sox, but what a player to get. Especially after the year Kimbrel is having.

Well there you have it. The best $10 purchase I've ever made (at least on cards). I usually stay away from Chrome after I make a rack pack purchase. But after the success I just had I'm not so sure.

Posted by Henry Blanchette at 11:13 AM