Great Cards for a Great Price 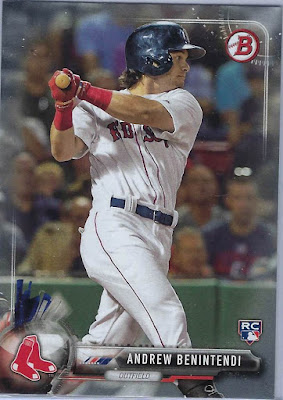 I went to a baseball card shop in Boston that I had been to just once before. I was looking for individual cards for my player collections.

I went in and began to look around. The owner asked what I was looking for and I said individual cards. Upon looking around I found a bin of Red Sox cards and I asked to look through it. Here's what I found.

I got a couple of 1983 cards for player shrines. These were just 50 cents each and are something different from what I usually get.

Wade Boggs is one of my largest player collections. Last time I counted I had about 120 cards of Boggs from all the teams he played for. However, I didn't have these 3 until today. The 86 Donruss and Fleer were 50 cents each, but the All-Star card was a bargain for just 20 cents. 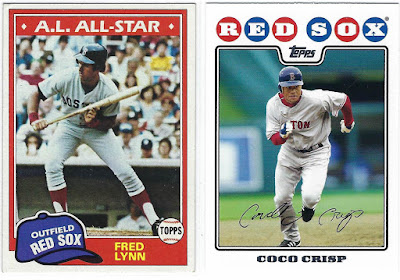 I was also able to get cards of not quite all-time greats, but definitely Red Sox greats. The Lynn is an All-Star card from 1981 Topps and the Crisp is from 2008 Topps. I don't get a chance to get Coco Crisp cards that often, for I don't usually see them at the show so I was pleasantly surprised to get that card. 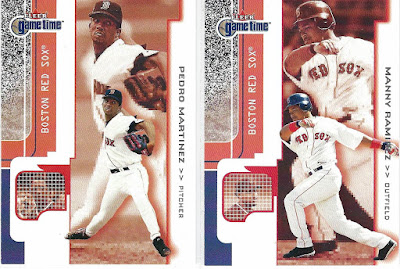 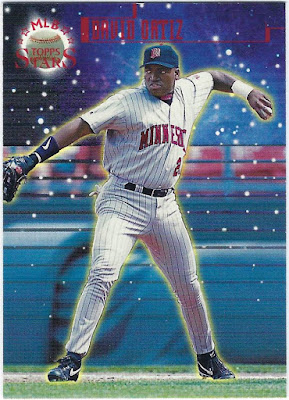 But it wasn't just Red Sox greats on the Red Sox. I was able to pick up this David Ortiz on the Twins as well. I always am looking for Ortiz cards on the Twins and I've now accumulated about 10 different cards of him on Minnesota. It's even numbered (1257/9799). Granted the print run is still pretty high, but I'll take it any day. 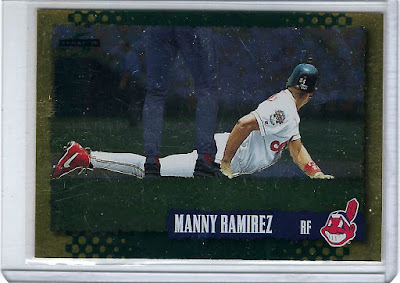 I also have a pretty large total of Manny Ramirez cards on the Indians. Last time I checked it was at about 30 and I was pleased to add to that total. This card is from 1995 Score Gold Rush and features a nice action shot of Manny.

These cards cost me just under $10, but these weren't the only cards I got. 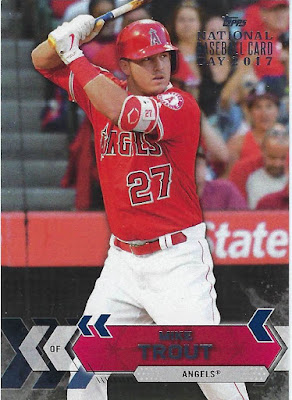 I guess I did make a $10 purchase even though it was over 2 weeks late.


Posted by Henry Blanchette at 1:04 PM