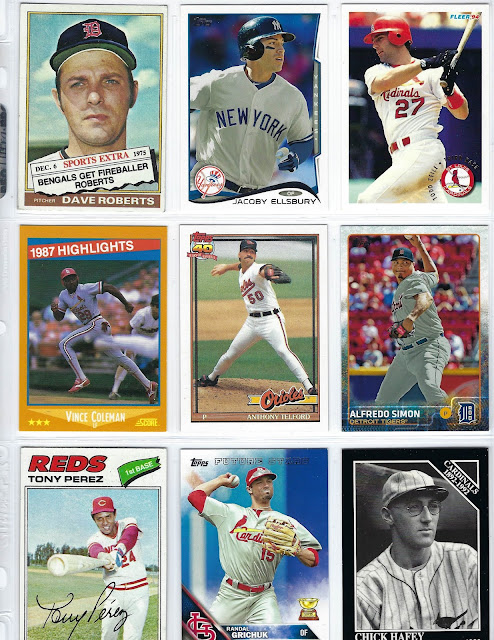 In roughly one week or so from today, my 74-page frankenset series, which has spanned well over 1 1/2 years, will draw to a close with cards #658-666 wrapping it up. After that, I'll likely take a couple weeks off from posting frankenset pages before I begin my new series towards the beginning of January 2020.

As for December, there's a lot of material for me to post in the absence of weekly frankenset pages. Bowman's Best will be released around Christmas time; I have a secret Santa gift heading my way (thanks again to Jon from A Penny Sleeve For Your Thoughts for organizing it).

I'll recap 2019 in card collecting, including my favorite releases of the year, and I have a special sports card package coming in the mail tomorrow (not Baseball!) that I haven't quite decided what I'd like to do with.

So, December should be a pretty exciting month for the blog, but before all the festivities begin, let's get to the second to last frankenset page, featuring cards #649-657. 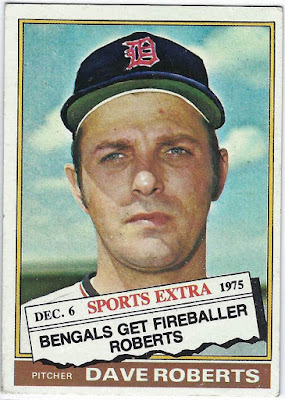 I opted not to include the Traded cards in my quest to complete the '76 Topps set, but that doesn't mean I'm not a huge fan of the news headlines, featuring dates, that make up the checklist.

Guys like Oscar Gamble and Fergie Jenkins instantly come to mind when I think of the '76 Traded checklist, featuring several dozen players. Dave Roberts, card #649 in the base set and #T649 in the traded set, is the final one; this card commemorates his trade from the Astros to the Tigers. 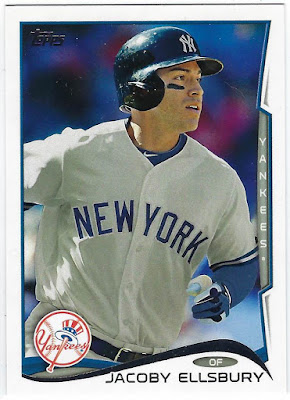 The timing of this card would've been better a week or so ago, but it's not too late to talk about the disastrous and disappointing, to say the least, Jacoby Ellsbury signing made by the New York Yankees.

The $153 million acquisition never eclipsed 2,000 at-bats in his time with New York, and now the Yankees are seeking to recoup some of his money, stating that he had some sort of unauthorized procedure that affected his ability to contribute to the team. 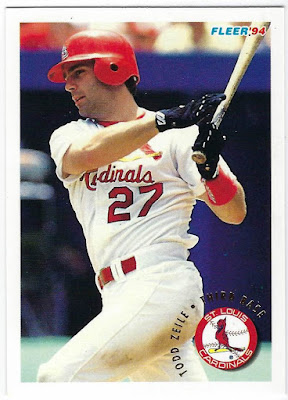 Fleer's base sets from the early 1990s do very little to impress me. First, there's the 1990 design when someone made the unfathomable decision to feature bright yellow borders across the entire set. Then, there's the bland and forgettable '94 design.

A decade or so later, Fleer made up for these boring designs by introducing some of my favorite finds from the dime boxes, like Tradition, Showcase, and Greats of the Game. I wish I had one of those cards to feature instead of Todd Zelle's '94 base card. 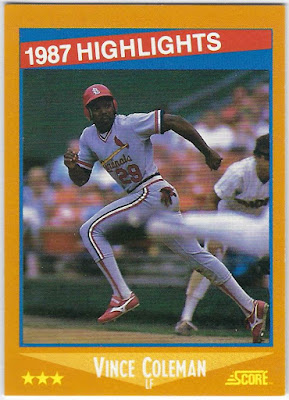 One of the most underrated players from the 1980s, Vince Coleman stole over 750 bases throughout his 13-year career. He achieved most of his success in St. Louis where he was a 2-time All-Star and stole 100+ bases on 3 separate occasions (1985-1987).

As far as Score is concerned, this '87 highlights card isn't too bad. It features a nice action shot and orange border that could be better, but could also be worse. Overall, the card is very middle of the road. 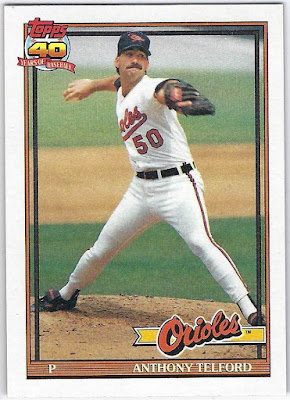 In a couple of years, Topps will be celebrating its 70th anniversary, a monumental milestone in the company's history. Given all the special inserts and parallels that Topps included back in 2011 for their 60th anniversary, I'm eagerly awaiting what's going to be done to celebrate 70 years.

More significant, I presume, will be their 75th anniversary in 2026, but we have a while to wait before that gets underway. Until then, let's get through 2019 without anymore 150th anniversary of professional Baseball tributes. 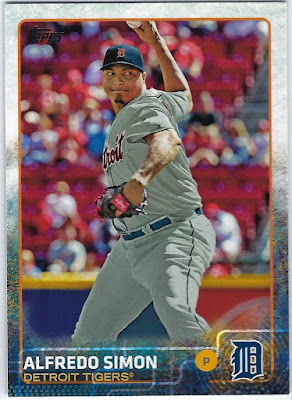 I apologize for how lackluster this page has proven to be thus far. As the checklist grows, it becomes increasingly challenging to find intriguing cards due to the decreased range of cards numbered in the 600s as opposed to the 100s.

Still, when I created this set a couple of years back, I had a reason for each card, and the one above is no exception. For starters, I love the 2015 Topps design, and this isn't a bad action image whatsoever. 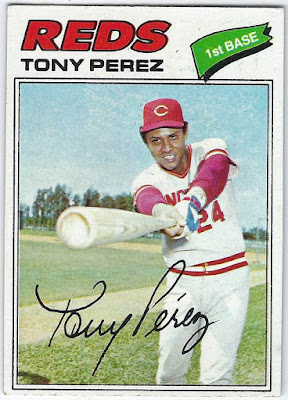 Finally, something of interest! Without a shadow of a doubt, Tony Perez's 1977 Topps card will rank as my favorite card of the entire page. The photograph is an absolutely perfect pairing for the bold text that accompanies every '77 Flagship card.

Not only is Perez's card the crown jewel of page #73, but it's also one of my favorites of the entire frankenset as well as the '77 Topps set. In some ways, the card is rather simple, but there's so much to appreciate about it. 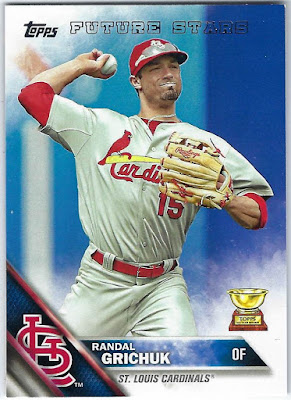 The rookie cup and classic Cardinals uniform definitely influenced my decision to feature this Randal Grichuk card in the frankenset because, let's be real, the 2016 Topps design does not do it any favors.

There's something about rookie cup cards, particularly those from the 1960s with the much larger trophies, that captivates my attention. The cards are always stunning and less expensive than standard rookie cards. It's a win-win situation in my book. 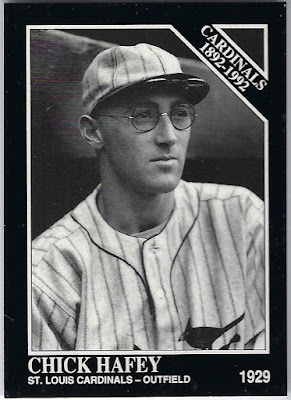 This isn't something that happens too frequently, but 4/9 cards on this page featured St. Louis Cardinals players, something I'll try to avoid when it comes to my subsequent frankenset.

With that being said, if I had to cut one of these cards, my last choice would be the Conlon Collection Chick Hafey. Anything from this set is more than welcome in my frankenset, for the cards are a nice contrast to the traditional color photography.
Posted by Henry Blanchette at 10:32 PM