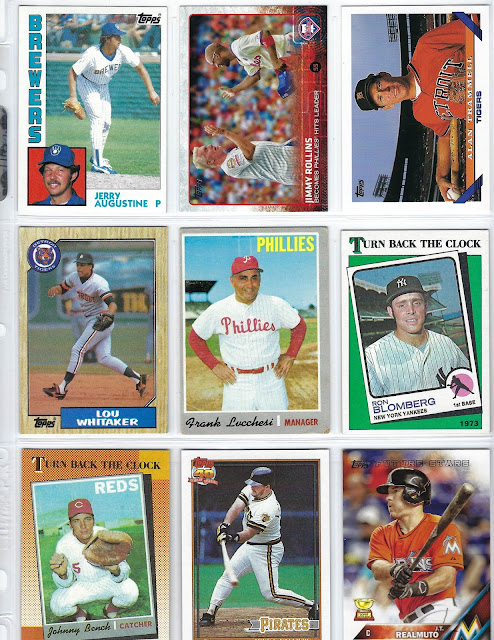 The time has come. After almost a year and 3/4 of frankenset pages being posted at a rate of roughly 1 per week, I've reached the 74th and final page of my 666-card binder.

Given that these pages make up over 10% of my blog's content (74/645 posts), it's hard to imagine not posting one of these every week or so, analyzing and describing each and every card as I go.

The frankenset has become so much more than just a filler post for when I'm out of ideas; it gives me the chance to voice my opinions on cards creatively, and I appreciate each of you for doing the same.

I intend to take the rest of December, give or take, off from posting about frankenset pages before I get right back into things this January. That's right, I have another 74-pager with 666 cards, so I can start everything all over again. 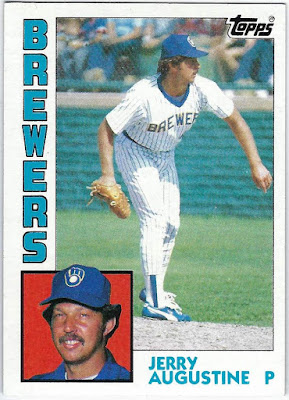 1983 and 1984 Topps, among other sets, have been integral parts of my frankenset, though a little too much so if you ask me. Don't get me wrong, I think both products are fabulous; rather, I'd just take a closer look at my next frankenset before featuring this many cards from 1 release.

If nothing else, my final card from the '84 set happens to feature a dynamic Brewers uniform that the team still wears as an alternate to this day. Even when the designs become repetitive, I can often count on a cool jersey to spice things up. 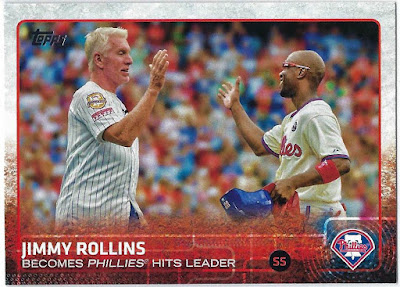 To be completely honest, I had no idea that Jimmy Rollins passed Mike Schmidt for the Phillies' franchise hits record until I selected this highlights card for my frankenset a few years back.

While Rollins was a fabulous player, I never saw him eclipsing a Hall of Famer and one of the best 3rd basemen of all-time. Nonetheless, Rollins' 2,306 hits still hold while Schmidt is a close 2nd at 2,234. 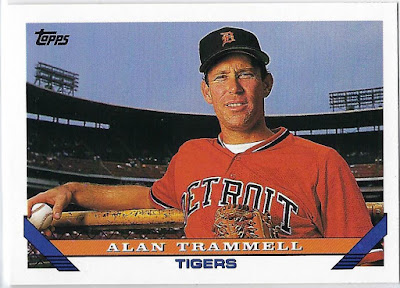 The Modern Era Committee's announcement on Sunday, which I'll get to soon, plus seeing this Alan Trammell card from 1993 Topps, reminded me of the Class of 2018, which Trammell and teammate Jack Morris were apart of.

Recently, Harold Baines and Ted Simmons have been elected to Cooperstown, causing a debate between small vs large hall supporters. Though I'm neutral on the matter, I see the cases that both sides are making. I do, however, fully agree with Trammell's induction. 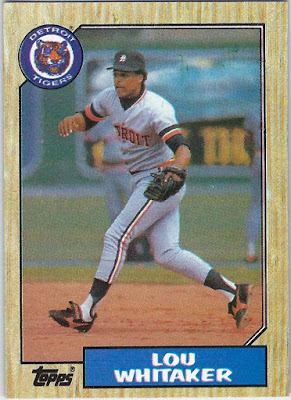 It's just a shame that his teammate Lou Whitaker hasn't garnered enough votes to join the ranks in Cooperstown. Out of all the players on the ballot this year, I was most hoping that Whitaker and Evans would make the cut.

The fact is, with that being said, Whitaker's stats and defensive capabilities speak for themselves. He has nearly 2,400 hits to his name as well as a career .276 average and 5 All-Star game selections.

I mean, it took Lee Smith many decades before he made it in, so maybe Whitaker will make the cut a few years down the road. 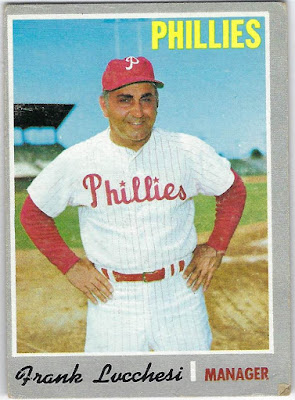 Manager cards haven't graced many pages of my frankenset, so it's nice to see a vintage one so late in the game, especially from a Flagship set that I like as much as 1970 Topps.

It's hard to see any Phillies card nowadays without immediately thinking of all the moves they've made so far this offseason. First Zack Wheeler and now Didi Gregorius? And I thought Philadelphia was a championship contender last year.

I don't have any problems with the Phillies; hopefully, under new leadership, they'll rise to the top of the NL East where I know they belong. 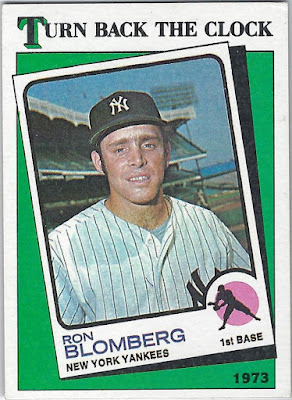 Turn Back the Clock was an interesting feature in Topps sets towards the end of the 1980s. A subset that paid homage to cards celebrating a momentous "birthday" TBTC featured a wide assortment of players.

Sure, Hall of Famers received spots in the checklist, but so did guys like Rob Blomberg for his 1973 Flagship card. The design, however, leaves room for improvement. 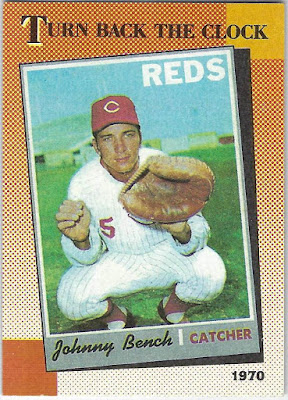 Apologies for the 2nd consecutive Turn Back the Clock card, but at least this helps to prove my point. Hall of Famers, alongside semi-stars, were featured in these subsets for several years.

While the first card commemorated the 25th anniversary of Blomberg's '73 Topps card, the one above honors Bench's 1970 Topps card, just the 3rd Flagship card of his career. 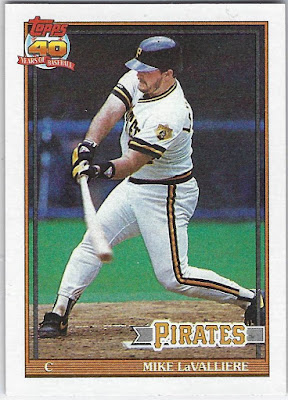 It wouldn't be a true frankenset page without some sort of action photo from 1991 Topps of an obscure 1990s player. In this case, that guy is Pirates catcher Mike LaValliere.

'91 is another set I feel like I've significantly overused across my frankenset pages. I'll definitely use the pointers I gave myself surrounding '83 and '84 for going forward. 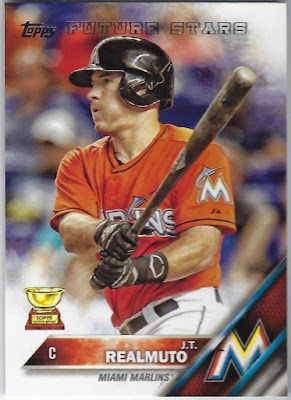 And with that, orange uniform and rookie cup included, the 74-page, 666-card frankenset that's spanned well over a year and a half, comes to an end. J.T. Realmuto, the #1 catcher in the game, wraps up the set with a flashy and modern card from 2016 Topps.

To everyone who's read, commented on, or appreciated these posts at any point between March 2018 and today, thank you for supporting this series.

It's been a blast to write about and analyze, and I can't wait to do it all over again.
Posted by Henry Blanchette at 8:53 PM