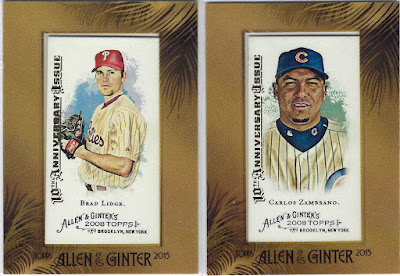 I surprised myself a lot by not attending a card show for over 2 months. I think the combination of discovering a card shop, birthday cards, and the Thanksgiving weekend prompted me to miss out on quite a few shows.

Regardless, I was back at the show today and while I was there, I picked up a lot of new cards, especially ones from my want list. 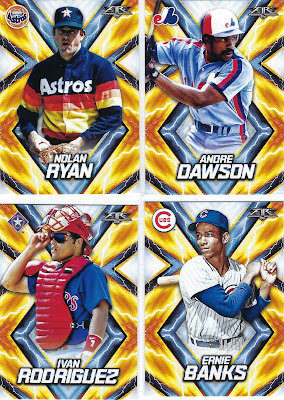 The first thing I got was not in fact on my want list, but rather a set I was very curious about. I hadn't acquired a single card from 2017 Topps Fire. Today, that changed as I got cards from each of the 3 base set designs. I'm sure somewhere on the internet there are names for these designs, but I had no luck finding them on Cardboard Connection, so I decided to just show the cards. 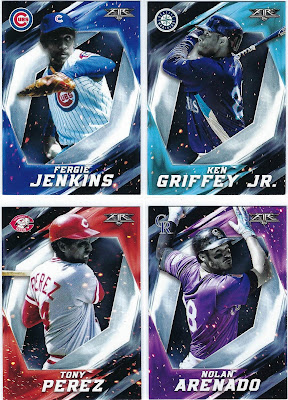 The next design is a bit more unique because it uses different colors that match up with the corresponding team. That is what makes this set better than the first one. However, this set is in the middle for me, my favorite one is next. 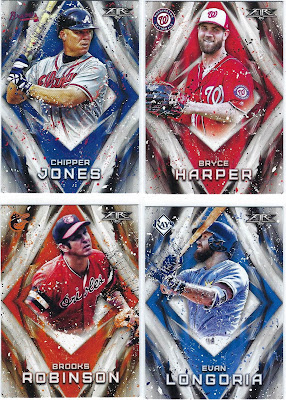 This one is by far my favorite, and I knew this from internet videos before even buying any of it. This design looks the most like the original Fire insert from 2016 Topps Update. It's a lot sleeker than the other designs and the colors stand out more on these cards than any others, so that makes these my favorites. 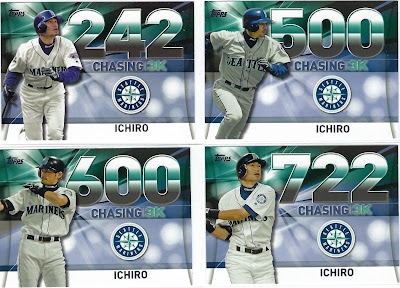 Next, I went for one of my favorite insert sets from 2016, the Chasing 3000 Set. This 60-card insert set commemorates some of Suzuki's most memorable and clutch hits on his way to his 3000th hit at Coors Field. 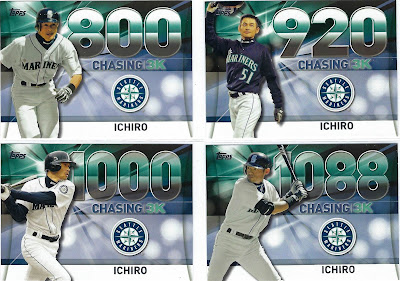 Obviously, since he has spent most of his career for the Mariners, most of these cards show him in a Seattle jersey. Including... 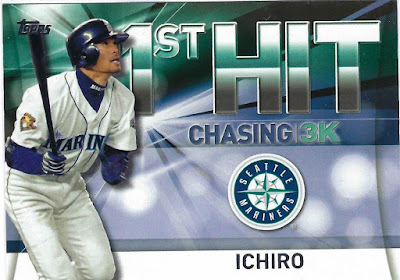 The card commemorating Ichiro's very first career hit back on April 2nd, 2001. I was very pleased to get this card especially since Ichiro may retire soon considering that the Marlins declined his team option. I find it surprising that he's 44 and still wants to play another season. However, it wouldn't be a bad move for some team to pick him up. Especially a young team *cough cough Red Sox cough cough*. 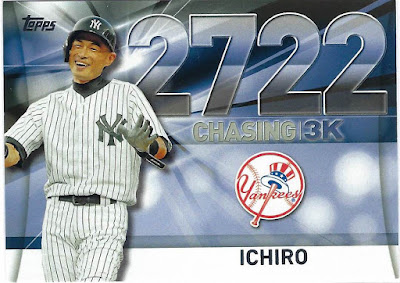 However, Ichiro hasn't played his whole career for the Mariners, so some of the cards included show him on the Yankees, to whom he was traded to in the 2012 season. Suzuki spent 2 1/2 less than memorable seasons in New York before signing with the Marlins after the 2014 season. 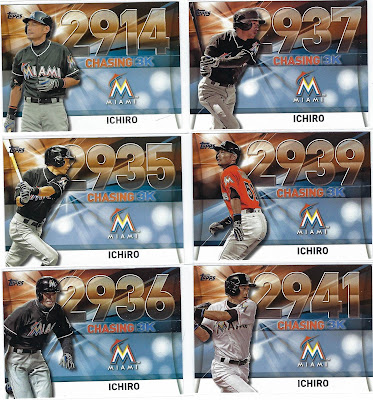 The Marlins were definitely a team tIchirohrio was represented a lot on this set, most likely to appeal to the modern collector. I at least like that they showed off many different jerseys on these cards, it helps make them very diverse. 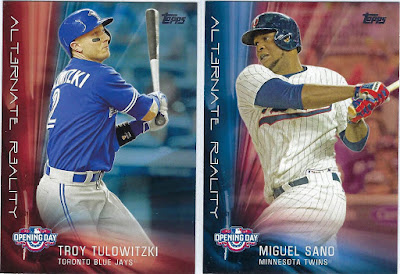 After going crazy with the Chasing 3000 cards, I decided to move on to other cards, specifically those on my want list. These Alternate Reality inserts from 2016 Opening Day were available for 25 cents, so those were a no-brainer to get. 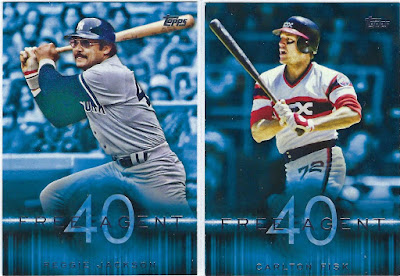 Also available for a quarter each was the 2015 Topps Free Agent 40 cards. This insert set highlighted blockbuster free agent signings over a span of 40 years, case and point the Yankees signing Reggie Jackson and the White Sox getting Carlton Fisk. 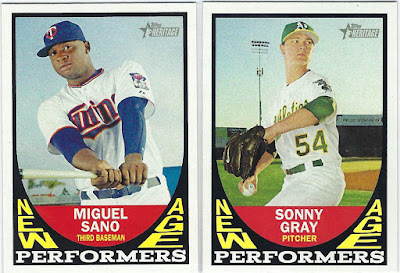 2016 Topps Heritage has been something I've been a bit more relaxed in terms of collecting as of late. This is proven by me still having inserts on my want list over a year and a half after the set came out. This staple of Topps Heritage was designed beautifully in 2016, and with the Twins and A's uniforms complementing it nicely, it makes for a truly fantastic card. 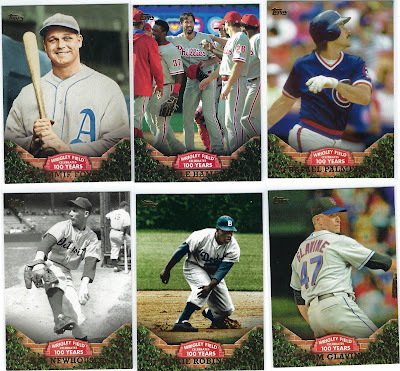 These bins seemed to be 2016 crazy as I found, even more, cards from last year. Another example of this was the 100 Years of Wrigley Field insert cards. You can tell that I'm close to completing it because only 1 of the cards I got actually showed a player in a Cubs jersey. Regardless, I still love this tribute to the historic ballpark and showing off some of the greats that took the field there. 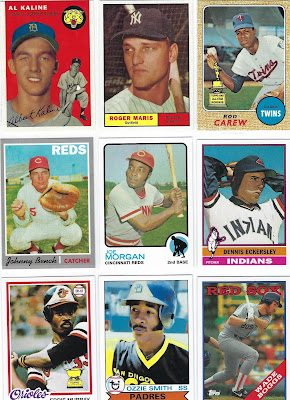 And even though I love the Wrigley Field insert set, my favorite insert from 2016 remains the Berger's Best insert. These bins had tons of cards from this set. Some cards paid tribute to sets from all the way back in the 50's... 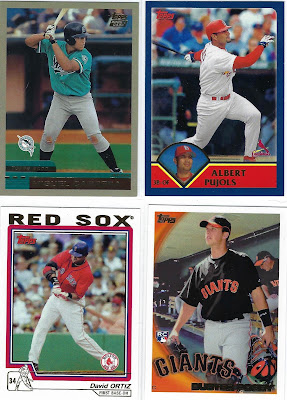 And some as recent as 2010. However, no matter the year this set was a superb idea by Topps. It was done to pay tribute to Sy Berger, by showing off 1 card from each flagship set dating back to their first flagship set in 1952. 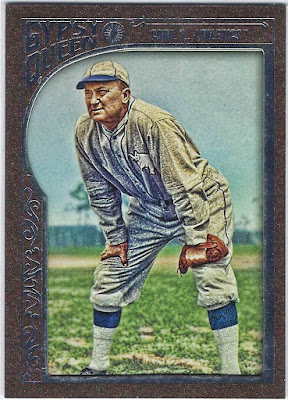 But as I've said before, finding numbered cards is my favorite part of buying low-end cards at the show. This time, it was a 2015 Gypsy Queen Bronze Framed that was available for a quarter along with every other card shown on this post. 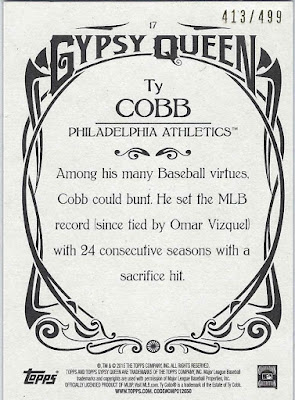 However, unlike the rest of the cards shown, this card is numbered to 499. This card was an absolute steal, especially since it's of one of the best players in baseball history, Ty Cobb. Even if it does shown him on the Philadelphia A's.


Posted by Henry Blanchette at 7:00 PM