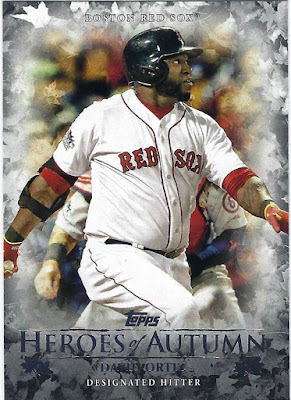 Out of the mere 2 rack packs of 2017 Topps Update I opened, I never got 1 of these Heroes of Autumn inserts that I became fond of from looking at other bloggers' posts. I liked the idea of an insert set commemorating clutch postseason performers, it's not something I've seen in the last few years, so I wanted to get some of them.

That's why I reached out to Greg of Night Owl Cards to make a trade involving these inserts. The cards he sent my way included some Heroes of Autumn inserts plus a decent amount of other cards from my want list. 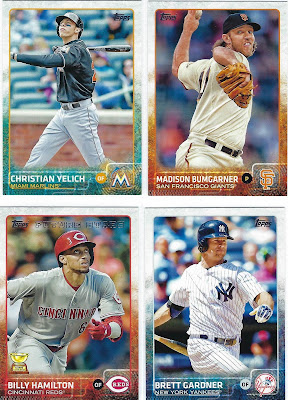 These cards included quite a lot of 2015 Topps cards. This has been a set that fellow collectors have traded with me a lot since I began posting. I'm always keen on getting new 2015 Topps cards because of how much I like the set design. It broke away from the boring white borders and easily became my favorite Flagship set of the 2010's.

Based on the reasons listed above, I would have to put 2015 Topps in the top 15 of my favorite sets of all-time. I know it may seem a bit high, but I'm just so impressed that Topps actually put together a colorful set in this era of collecting, so I have to give them credit for that. In total, Greg sent me about 25 2015's from my want list, a huge help for my goal of completing the 700 card set. 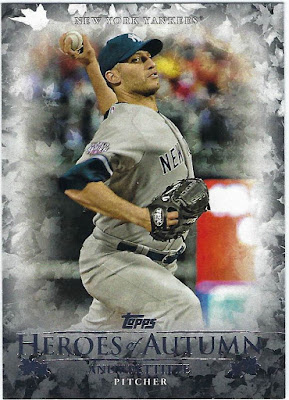 As I said before, my reason for initiating this trade was the Heroes of Autumn inserts. The 4 inserts that Greg pulled from Topps Update were all of player's I collect. The first one was David Ortiz and the next one was of 3-time All-Star Andy Pettitte. 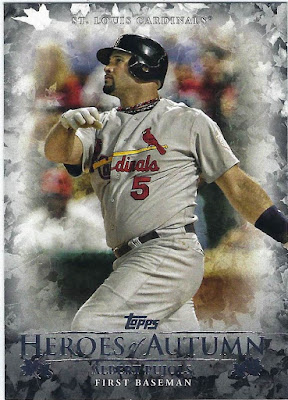 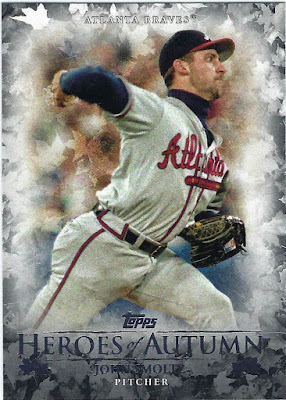 Albert Pujols and John Smoltz were the 2 other players in this insert set that was available for trade. The fact that I collect both of these player's made it a no-doubter that I was going to trade for the cards from this insert set. 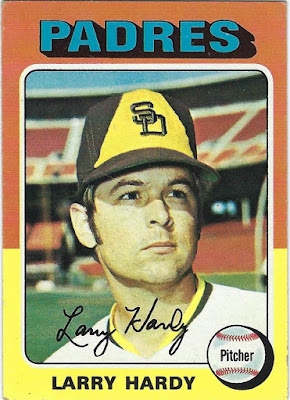 The final card included in this trade packaged was also from my want list. This card is a need for my 1975 Topps set, Larry Hardy. I always appreciate when people trade with me, but especially vintage cards considering that these cards are becoming harder and harder to come by. So I really appreciate Greg sending me this card.

Thanks for trading Greg, I loved the cards that I got and I hope you like the ones that I sent to you. That package should be arriving soon.


Posted by Henry Blanchette at 6:22 PM