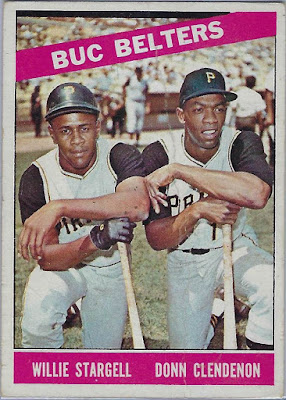 After making my initial purchase at the card show yesterday, I realized that I still had a fair amount of my budget remaining. So, I decided to look around for some cards that were a bit more valuable than the ones I got at first. I came across a vendor with some vintage cards, rookies, and autographs, and so I decided to go through what he had. 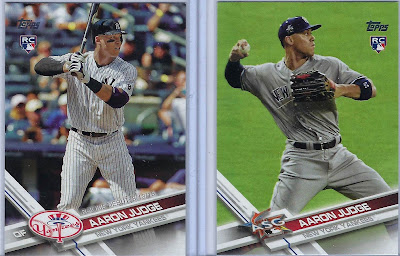 This purchase was definitely when I took the step to becoming an Aaron Judge collector as I picked up 2 rookie cards of him from 2017 Topps Update for just $2 each. The first is his rookie debut card from his first MLB game back on August 13th, 2016. The next one is the All-Star game card that shows Judge on his very first All-Star team this year in Miami. I know I shouldn't collect him at this level, especially since he's on the rival team, but I'm just in such awe about how amazing he is that I have to add somewhat inexpensive Aaron Judge cards to my collection when I have the chance. 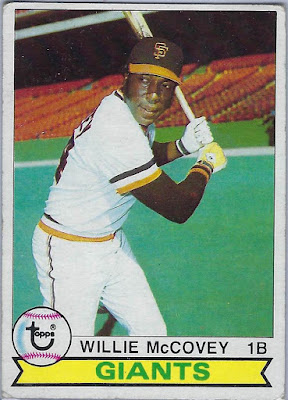 After getting the Judge cards, I became committed to getting at least 1 more card from my want list. This goal happened when I picked up a need for my 1979 Topps checklist, the base card of Willie McCovey. This cost me $2, the same as the Judge, which just goes to show how popular Judge is right now for an Update card that is nothing special to go for the same price as a vintage McCovey. 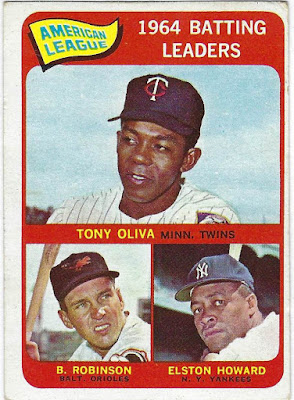 The next card is a league leaders card from 1965 Topps that shows the AL leaders in batting average from the 1964 season. The first card from the 1965 Topps set cost me $4, a bit more than the previous 2. The whole reason why I got this card is that Brooks Robinson, who was 2nd in batting average in 1964, is one of most highly-collected players, so adding a nice and inexpensive vintage card to that collection is something I'm very pleased about. 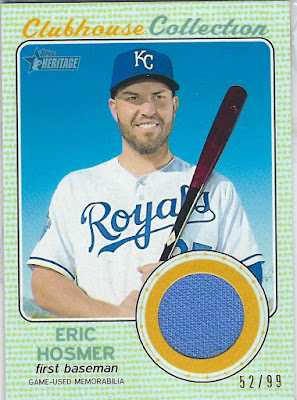 After getting what I wanted of vintage and rookie cards, I moved on to relics and autographs. This 2017 Topps Heritage Eric Hosmer relic was bought with the idea that the 4-time Gold Glove award winner would be joining the Red Sox this offseason. But after resigning Mitch Moreland to a 2-year deal earlier today, it seems unlikely that will happen. So for now, I have a Hosmer relic numbered to 99 that is available for trade if anybody wants it.

And while the Hosmer was nice to get (at least until it was pretty much stated that the Red Sox wouldn't be getting him), I decided to go for a couple of spectacular autographs in a bin marked 50% off. 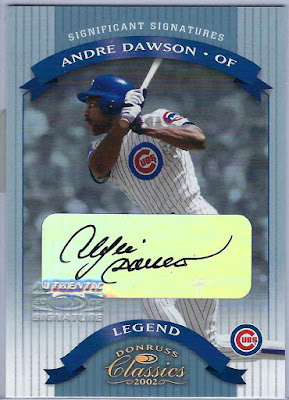 The first one of these cards is an autograph of the hawk himself, Andre Dawson. I'd have gotten it if he was on the Cubs or Expos for sure, but my dad, who was with me, was ecstatic to get an auto of Dawson on the Cubs. This card is numbered out of 200, and my only guess as to why this card was just $15 is that the Donruss stamp somewhat covers the sticker and is less than a millimeter away from touching the ink. Regardless, the autograph remains untouched and the card looks great, definitely a fabulous addition to my collection.

So what could be better than an Andre Dawson autograph you might ask? 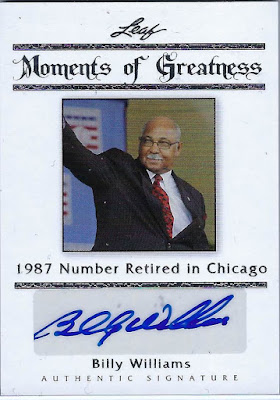 An autograph of Billy Williams, my dad's and my favorite Cub of all-time.

This card is proof that when done right, unlicensed cards can look fantastic. This card was produced by leaf and includes a stunning signature by Billy Williams as it pays tribute to his number retired by the Cubs in 1987. The photo of Williams is from his Hall of Fame induction ceremony, and to top it all off, the card is numbered 7/10. This was a bit pricey for 1 card at a show ($20), but when you take into account who you're getting the autograph of, I think it's a really good deal and is yet another perk of going to the baseball card show.


Posted by Henry Blanchette at 6:03 PM