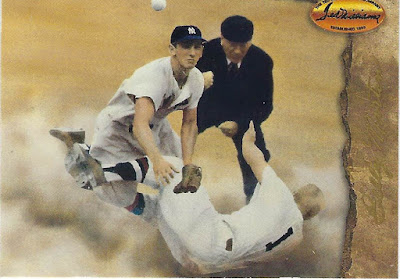 First of all, I'm sure you can all see that I changed my background image on the blog. I didn't mind the old one, but when I was setting up the blog I didn't really know what I was going for. And while I still do post about all sorts of different topics, my main interest is the Red Sox, so I felt I needed to showcase that on the blog.

Second, I did a complete makeover on my blogroll and I added about 10 new blogs to the list. If you don't see your blog there, please leave me a comment and I'll gladly add it. I'm always looking to improve and expand the list.

Now, with that out of the way, I'm going to show some more cards from the 1994 Ted Williams set that I posted about yesterday. And while I still have 15 of the 36 packs (my dad and I like to take our time with packs) I still have many new cards that I am very excited about. 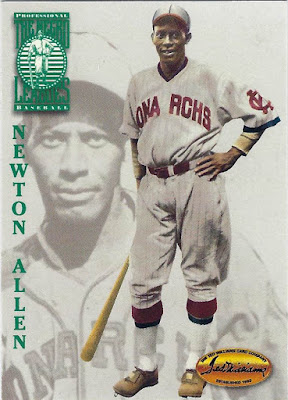 One of those sets gives credit to many players that were unfortunately never able to make the major leagues, and those are the Negro League players. Both the 1993 and 1994 Ted Williams set included around 10-15 cards of Negro League ball-players on the checklist. Some of those players are players like Monte Irvin and Buck Leonard who went on to be well-represented in future sets. Other players like Newton Allen, not so much. I really admire the Ted Williams set for including players that most every other brand wouldn't include, and for giving us a more in-depth look at baseball history. Another part of the set that I really enjoyed was the 500 Home Run Club insert set. The 8 players that had reached the impressive milestone at that time were rewarded with a card in this set. And while I have acquired this complete insert set at a card show before, the cards are so sleek and stunning that I don't even care if I have more than one. 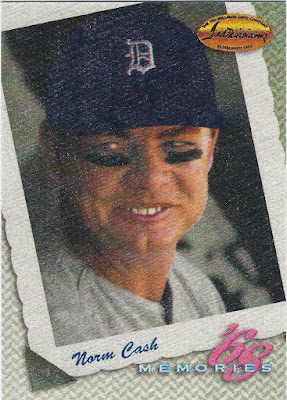 But there is one insert set that I enjoy even more than the 500 Home Run Club, and that is '68 Memories. It pays tribute to the players and the plays and moments that were so memorable during the 1968 season. The 2 cards I have gotten so far are both Tigers, the team that won the 1968 World Series. I have gotten Norm Cash... 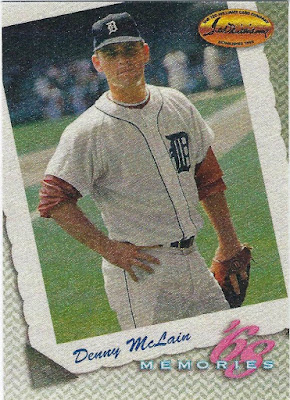 and Denny McLain, the most recent pitcher to win 30 games, which he accomplished in the 1968 season. 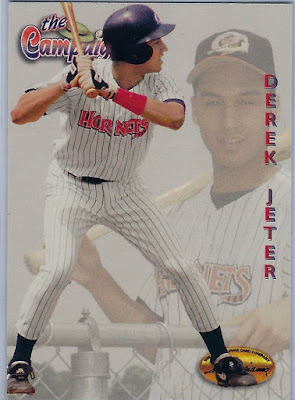 But the best card I have gotten thus far is the one I was hoping to get yesterday. Derek Jeter's The Campaign card is finally mine. After acquiring cards of prospects that never made it big and the highlight of the insert set being Jason Giambi, I finally pulled the Jeter as the final card of the pack. The card shows him on the single-A Greensboro Hornets, and even though I'm not a huge Jeter fan, especially President of the Marlins Derek Jeter, I'm still grateful to get this card.


Posted by Henry Blanchette at 6:40 PM