One of My First Memories of Card Collecting 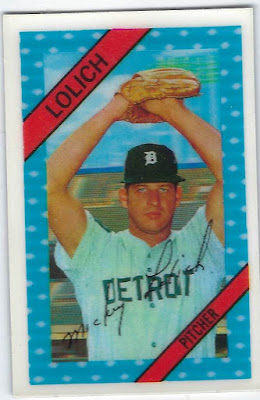 I remember when I first started collecting cards with my dad, we went to my first baseball card show. I was so impressed with the number of cards I saw, but I had no clue where to start. So I stuck with my dad and I vividly remember discovering 3D cards for the very first time.

I remember my dad telling me how he first started collecting these in the 70's Kellogg's boxes and how he had kept some from when he was a kid. He told me that finding them in good condition can be tough because sometimes the surface can crack. So when we saw rows of these cards for .25 cents each, we started one of our longest lasting parts of our collection, the 3D binder. 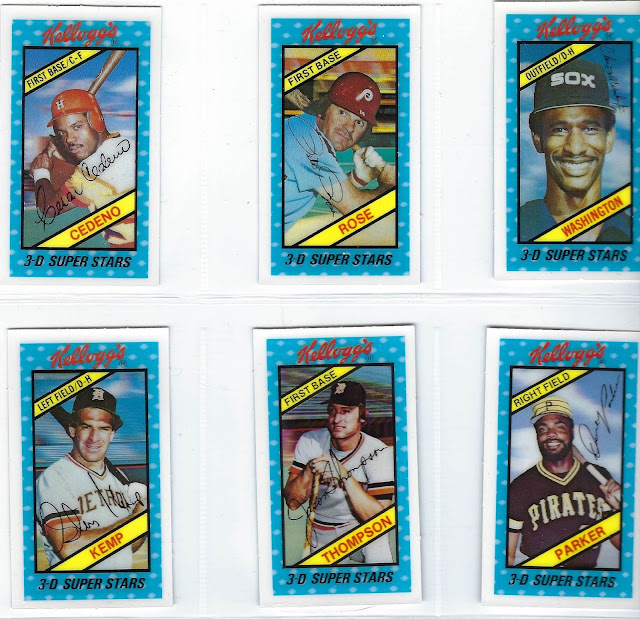 Since buying those cards all those years ago, we've expanded our 3D card binder to 2 binders. We currently have about 100 3D cards that we keep separate from player collections just so we can have them all together. They range from all different years, but the ones from 1980 Kellogg's are some of my favorites. I just really like the minis and in particular the yellow banners, it's just so 80's. One of the best parts of these is that you get cards of all sorts of players. From well-known players like Pete Rose to Steve Kemp, all kinda of players are included. 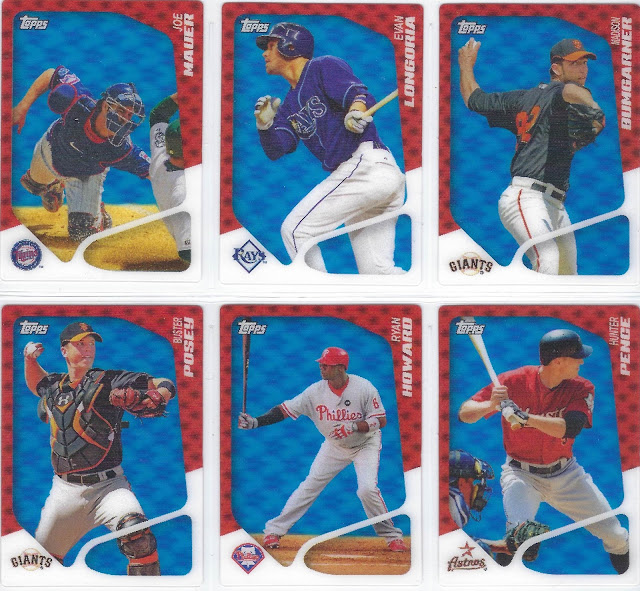 But don't worry, it's not just 70's and 80's players. The modern players still got 3D cards made of them. Case and point the 2010 Topps 2020 set. The name doesn't make much sense to me. Maybe they were trying to give it a futuristic vibe, but 3D cards had been made well before 2010 so it doesn't quite make sense. Regardless it's a great set and allows us to have a look back to who the stars were back in 2010. 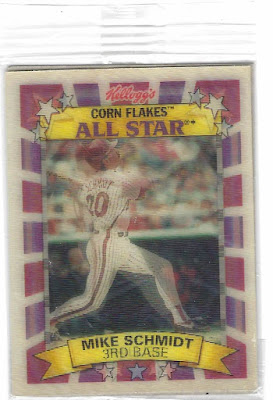 And I can still remember how excited I was to get this 3D card of Mike Schmidt still in the original wrapper. I was so excited that I was getting a 3D card that is in the same plastic that it was packaged in. And of course, now I know it's not worth what I thought it was. But regardless, 3D cards remind me of some of the first days of card collecting. That, to me, is better than any 3D card I could ever get.


Posted by Henry Blanchette at 7:38 PM